A journey marked by six keywords 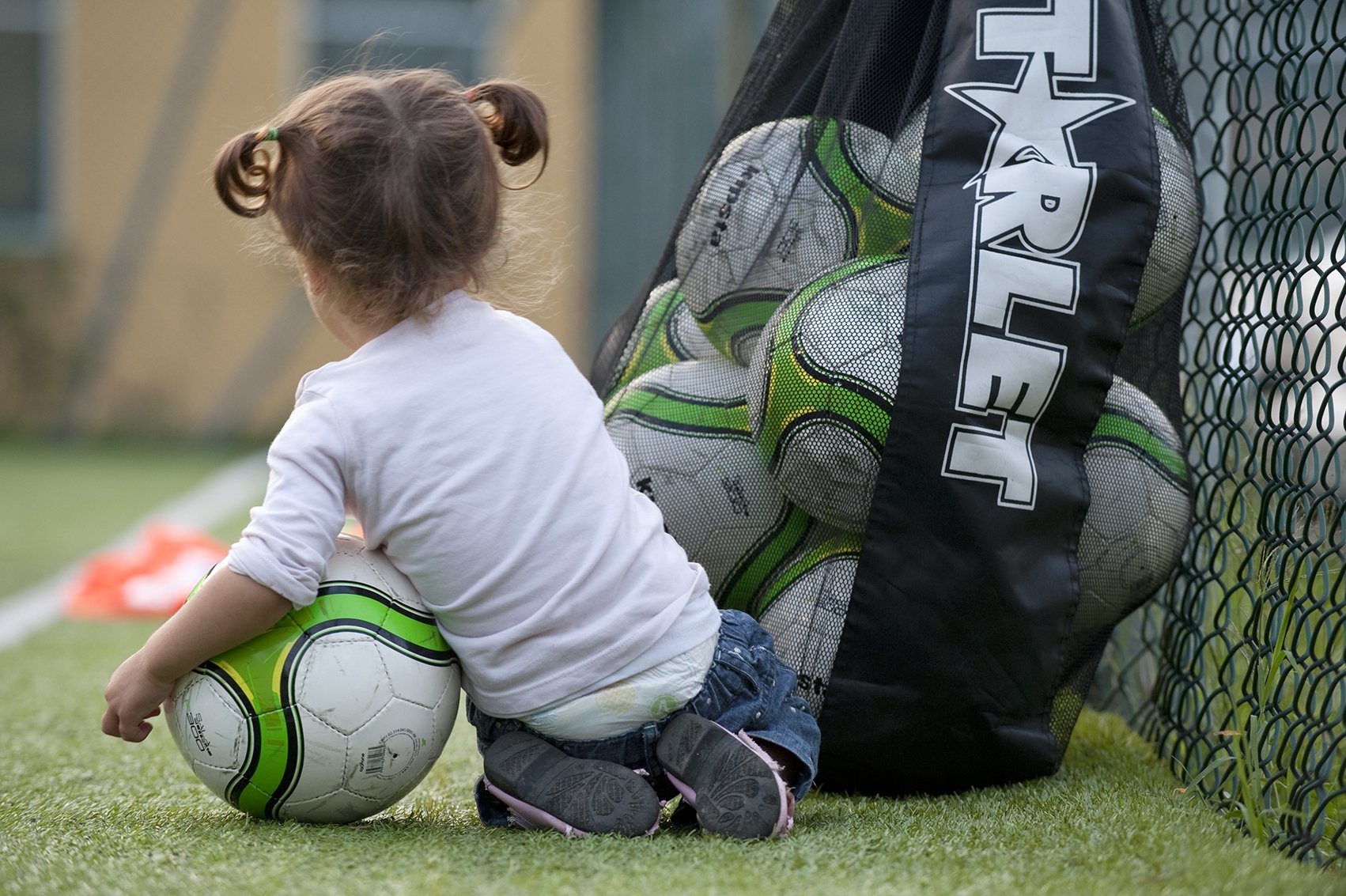 The etymology of the word “regola (rule)” stems from the ‘reg-’ root, which means “the motion traced by a straight line”. This notion comprises a material dimension and a moral one. “The straight line represents the norm. The regula is the ‘instrument that traces the retta (straight line)’ setting out the regola (rule). In ethics what is straight opposes what is distorted and wrong. Retto (straight) means right and honest therefore its contrary is distorted, wrong and twisted, which is linked to evil, deceitful, etc.” [1]. The ethical dimension is central to the “rule”. Men inhabit the world and share it with others through the application of ethical codes. Similarly to the presence of a house that defines the borders of an area, creating an inside and an outside space and providing refuge and safety, ethics creates some boundaries, provides a basis for rules, defines roles and functions, and indicates what should be done or avoided. Ethics represents the house for men and it is essential for their ability to inhabit the world. It is no coincidence that the term “ethics” originates from the Greek word êthos, which also means “home”, “accommodation”.

I would like to invite you on a journey that focuses on different terms; when united, these words describe basic ethical codes of behaviour that people can adopt to guide their way of living with others. This journey is marked by six keywords that represent various behaviours. On a scale these are: seriousness, respect, loyalty, sincerity, responsibility and integrity.

Seriousness is the prerequisite to adopt an ethical behaviour. It is a basic prerequisite to be able to approach matters and things with a caring attitude regardless of their importance- whether this is high or low. It is about how you get things done and how you operate. It is about getting to the bottom of the issue, avoiding superficiality and looking the other way. It is about the refusal to delegate matters, dump your problems onto others and act just to please someone. Seriousness includes the reflexivity, diligence and self-control it takes not to react by thinking about your personal gain or how your position might be impacted when you are facing a problem. Seriousness is about the refusal to approach issues with a view to somehow take advantage. It is also about handling the tasks others might assign you with discretion and confidentially. Adopting a serious approach is a personal choice and such attitude is spreading but it might bother some people. When one is very serious they are likely not to let things slide and to get to the bottom of matters, which might mean uncovering things that others prefer to keep unsaid and hidden by a code of secrecy: involvements, collusions, gangs, lobbies, favouritisms, personal interests and so on… Seriousness is also about being able to assess how our choices impact others and about thoughtfulness (ponderatezza), which is to give weight (pondus) to things. Seriousness does not allow you to wiggle your way out, to cut something short or to answer mechanically and in an elusive manner. It has a tactful approach and it turns into respect.

Respect- the art of reciprocated admiration- is first and foremost about paying attention to things, looking back (re-spicere) and observing with care. Being respectful means acknowledging and understanding boundaries and operating within them without disregarding them. More importantly, respect lays the foundation to build trust, which is the necessary basis to develop ethical relationships. A crucial result of true leadership is being able to create a trust-based environment. When you trust, you feel safe and you are motivated and actively engaged. How do you build trust? You can do it through language and the use of leadership skills. Language and power are essential elements when it comes to building trust and they can potentially create the opposite outcome too- diffidence, suspicion and distrust- leading to discontent and demotivation. This is fertile ground for ethically wrong behaviours. When you talk, you always exercise some level of power and the use of arrogant, impolite, violent or disrespectful language to imply that the other speaker should not be privy to some information can result in various unethical behaviours[2] . Reticent attitudes and a tendency to focus on one’s own personal gain or self-interest emerge when trust is lost [3] .

If in order to be liked day after day the leader were to be less serious and demanding he would undermine his own authority.

Loyalty is built on trust. It is a bond, an alliance and a relationship, an agreement you make based on objectives you want to achieve and paths you wish to create together. Cultivating loyalty should be the focus of those who set goals with appropriate explanations and motivations. The notion of loyalty encompasses the will to commit towards a goal and a target. Such willpower represents a complex skill. In fact those with willpower are also able to obey their own will. They give a command to themselves and obey it. The ability to have willpower is an important foundation for individuals who can self-determine in ethical terms. If the relationship is not based on loyalty, which is different from blind faith or adulation, people might adopt individualist or defensive attitudes and cling to their position. The etymology of the word “loyalty” also recalls law and election: choice. Loyalty is a daily choice. The leader- the person governing and in command- should behave in such a way that people choose his leadership every day. He should not be considered the leader just because of his title but should deserve to be reconfirmed in his role every day because of his work in the field [4]. If in order to be liked and chosen again day after day the leader were to be less serious and demanding he would undermine his own authority. When that happens you might end up with collusions or with a mafia’s mindset. Examples of mafia-related behaviours are those associated to lobbies, gangs and involvements such as covering one another, exchanging favours and creating friends/allies and relative enemies. Loyalty also goes alongside sincerity.

Sincerity, loyalty and respect lead to a truthful use of words that do not slander, intimidate or blackmail: an ethical use of words.

Ethical behaviours need the clarity that comes with sincerity and the acknowledgment that some things are not transparent- and should be named- while some are- and should be highlighted. Sincerity is about being straightforward; it is the art of free speech. It is close to the notion of parrēsía [5], forthrightness, the freedom of speech, which was central to ancient Athenian democracy. Being sincere does not mean saying everything but rather not pretending or lying. Sincerity is about communicating clearly, without deceiving, flattering or creating illusions. It opposes opacity, the mire that slander spreads in and the words that upset and poison relationships, establishing power relations and harbouring distrust- a problematic environment that corruption can thrive in. Sincerity is also about acknowledging openly when mistakes are made, avoiding self-justifications and blaming others [6]. Leaders too should learn to acknowledge whenever they made a mistake and be open about it. This does not undermine the authority of a person but strengthens it instead. Sincerity, loyalty and respect lead to a truthful use of words that do not slander, intimidate or blackmail- an ethical use of words. A sincere man is the hero of words. In a scenario where words are manumitted in order to manipulate opinions and gain power over them, twisting and mocking the truth, “a man of his word”, meaning someone truthful- who uses clear and rigorous words at his own expense- is emarginated. Montesquieu illustrated this concept well in his “In praise of sincerity”: “A simple man who has only truth to tell is considered a disturber of public pleasure. We flee him because he is disagreeable. We flee the truth he speaks because it is bitter. We flee the sincerity which he professes because it bears only wild fruits. We fear truth because it humiliates, because it revolts pride, which is the dearest of passions, because it is a faithful portrayer that depicts us as deformed as we are” [7]. Sincere words are words without masks that, in fact, uncover power games and the corruption of the corrupted [8] . Such courageous words are an expression of personal responsibility.

A person who takes responsibility enters a constitutive bond with others [9]. Responsibility means you answer to yourself and that you are accountable to others and to your conscience for your behaviour, your work and your mistakes. I would like to emphasise only one aspect concerning the notion of responsibility. The term “responsibility” originates from the verb re-spondeo, “to answer for”, which also means “to promise”. Spondeo means “to make promises”. Responsibility means giving your word to others and committing to keep your promise. A virtuous individual is able to make promises and keep them. According to Friedrich Nietzsche making promises is “a memory of will” and as such it implies responsibility. Nietzsche stated that the history of men that learned to make promises and to give continuance to their willpower, resulting in the creation of stories, connection and a sense of belonging, “is the long history of the origin of responsibility” [10]. Certainly making promises is a delicate matter. You cannot just promise anything (“promise the moon”) [11]. A disproportionate promise becomes a lie. Furthermore, promising means committing to answer for your own actions in the future. When you make a promise you create an obligation (to yourself- you give yourself an order) and a right (for the party you make the promise to, as you then have to oblige to them). Keeping a promise builds trust, as the person who made the promise is then viewed as someone reliable. It speaks of the ability of the individual to behave in line with what he says and what he does- through his words and actions. At this point we reach the final part of our journey: integrity.

Rejoice in the contentment that comes from knowing that doing good always means doing something good for you as well.

Individuals have a completeness of their own as they can present professional, human and relational skills at the same time. Integrity recalls something whole, uncorrupted and not broken, something that is not double-faced. It makes you think about righteousness, fairness, irreproachability, solidity and consistency. A man with integrity has solid internal standards. He cannot be manipulated easily and is not affected significantly by uncertainties. He is incorruptible. In that case integrity recalls honesty, which in turn is linked to honour due to its etymological root. The honest man is honoured and praised for who he is, more than for his actions or their consequences. This type of person can also be present with himself and be content with who he is. He can rejoice in the contentment that comes from knowing that doing good always means doing something good for you as well.