The new plans to tackle the gender gap in employment 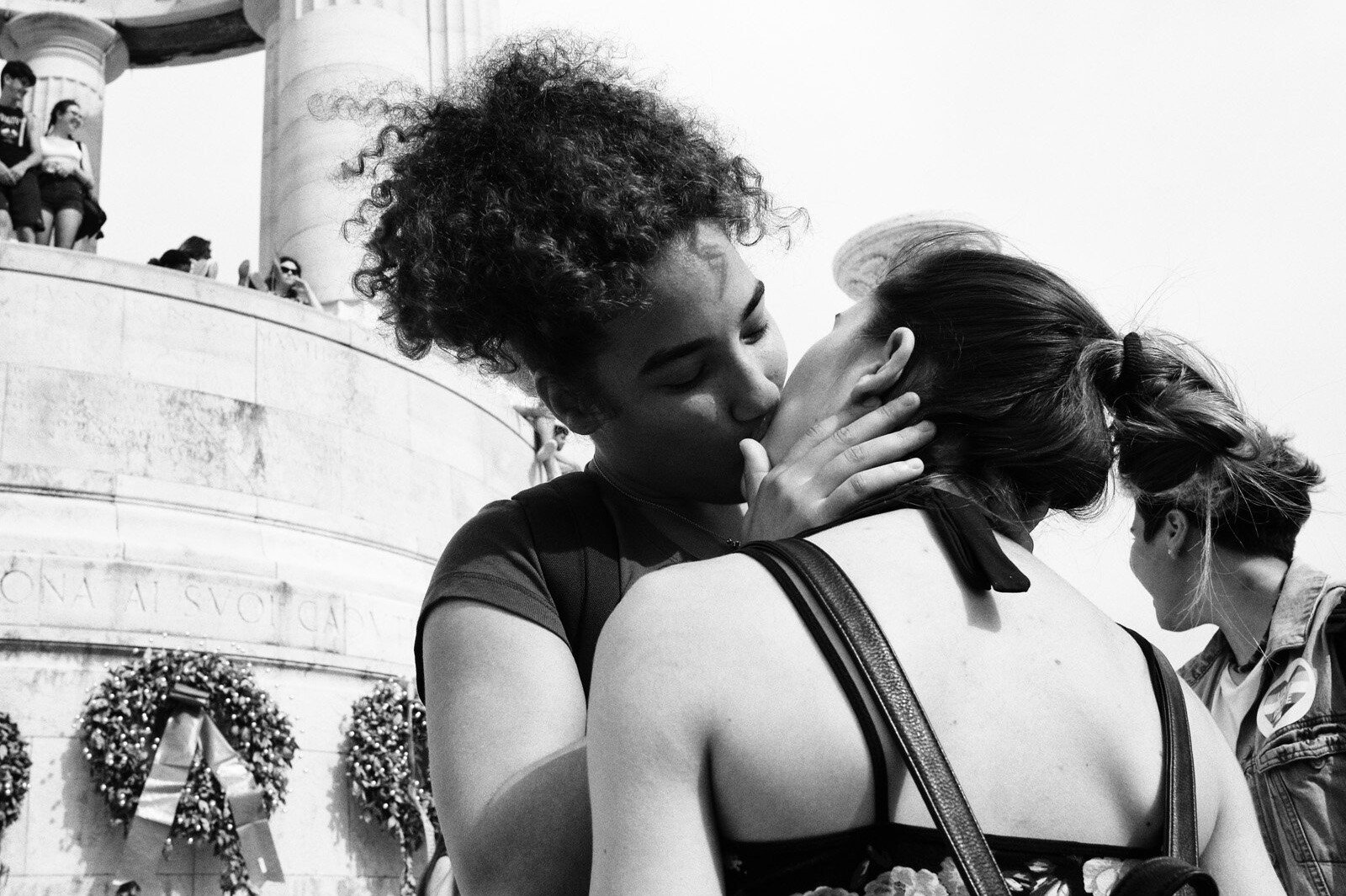 According to the Eurobarometer only one in four Italians believes that promoting gender equality is important. How should we interpret this data?

Different reports show that in our country gender equality matters are underestimated more compared to the rest of Europe. In Italy in many cases women themselves believe they are the ones responsible for household chores and family care work, and that it is important for men to have a successful career and earn an income: care work is the realm of women while the labour market is a male prerogative. Furthermore, there’s the belief- a common misconception among men and women- that violence against women is facilitated by women behaving provocatively or with little prudence and, in cases of intimate partner violence, by women not offering enough attention and understanding to their partner. These data clearly show that stereotypical gender roles are deep-rooted and very common beliefs both in the work context and in interactions between men and women.

According to researcher Emma Dowling the unequal distribution of domestic and family care duties between the sexes is part of a program aimed at disempowering the welfare system by forcing women to cover services that the State should provide instead. Do you think it might be an excessively radical point of view?

In our country there is still very significant gender inequality when it comes to care work; it subsided over time but not to a sufficient degree. The battle to expand the role of the welfare system of the country has been going on for years. The initial division of labour consisted in women doing housework and taking care of the family, and men working outside to guarantee a source of income for the whole household to live on. The situation progressively changed during the post-war period, as one income was not enough to exit poverty and women’s demand to access the labour market led to historical and financial changes. However, the unequal redistribution of labour that happened is still in place today. In Italy the difference in male and female employment rates ranges between 18 and 20 percentage points, disadvantaging southern women more significantly and with a greater penalisation linked to maternity. Furthermore, women’s entry into the labour market is not accompanied by the equal redistribution of domestic work, which then remains a burden that impacts predominantly the women of the household. Only women tend to face the challenge of juggling and accommodating housework and outside work while this issue should concern both sexes. It should be about sharing, on both fronts. The care matter is not emphasised enough also in terms of personal relationships. The government did not work hard enough to provide the types of support services- from kindergartens to full-time schools, day centres for elderly or other services for people with serious disabilities- that would be essential to enable individuals who carried out care work to free up their time, in addition to improving their overall quality of life and socialisation. Care work keeps being a crucial matter in the context of gender inequality.

Only women tend to face the challenge of juggling and accommodating housework and outside work while this issue should concern both sexes. It should be about sharing, on both fronts.

Will the Italian National Recovery and Resilience Plan (PNRR) solve the gender gap present in our country?

The fight against gender inequality represents a cross-sectorial objective for every area of the PNRR. Beside each point there is a paragraph with the list of objectives that need to be met to reduce gender inequality. All the planned interventions outlined will need to be assessed in terms of their impact on reducing the gender gaps that are rife in every aspect of social and financial life- from health to transport and from public services to dwellings. The yearly “Gender Report” created by the MEF monitors more than a hundred indicators that ruthlessly show the way women are discriminated in every field, especially at work. These indicators enable us to create ad hoc interventions and to measure their impact in terms of how they tackle unequal contexts that penalise women. Some of the PNRR dispositions impact the gender gap directly, such as the plan to support women entrepreneurs, and others do so indirectly by investing in social infrastructures: 3.6 billion euros were allocated to building kindergartens- actually 4.6 billion euros if you include other childcare facilities, reaching a 33 per cent coverage, which is the European objective set for 2010. One billion euros was devoted to elderly with care needs and people with serious disabilities, enhancing the investments in local healthcare services. If the Recovery Fund resources are invested appropriately they can lead to an overall improvement in terms of freeing up time for work and also creating employment opportunities for the women who work in these services.

Could you give us some examples?

One of the main goals of the PNRR is to guarantee fast connectivity throughout the country. This will impact gender inequality indirectly because in Italy access to the Internet currently differs based on gender and women are disadvantaged. Another example is improving public transport plans with a focus on the different gender-based needs- women use public transport more than men and not just to commute to and from work, they usually make various short trips because they take on most of the care work. Therefore the frequency of rides and connections should be increased as much as the safety and measures to tackle abuse and harassment. Many elements of the PNRR can contribute directly or indirectly to reduce gender inequality and now it is just a matter of implementing everything correctly and monitoring each stage.

Can a change in fiscal policies help to tackle gender inequality?

The government is working on tax reduction policies that are intended to facilitate women’s employment. I personally do not agree with this solution because it is based on a distorted interpretation of the problem whereby the cost associated to women is seen as the main challenge to their employment. I also think it is humiliating to promote access to work through tax concessions because it means asserting erroneously that women’s work should cost less because they bring less value in terms of skills and education (while in our country the level of education of women is something that puts them at an advantage over men). The reality is different: the basis of gender inequality is the fact that care work and maternity related duties are not shared and push women further away from the labour market or confine them to low-pay part-time jobs that necessarily have to be based near home. Women have little time available so they do not have many options to choose from. Therefore gender inequality is more of a time issue than a cost problem and it cannot be solved through tax reductions. In addition to this there are also gender stereotypes based on which men should hold leadership positions, but things are changing: the famous glass roof- the challenges women face when trying to progress in their career- is starting to show cracks, at least thanks to compulsory requirements such as pink quotas, which are a measure I actually agree with. I believe that the economic and social interactions taking place in the labour market should not be promoted through fiscal interventions but should be completely reviewed instead because they are not well structured. These are not tax redistribution or fiscal aid issues but structural problems.

Women are discriminated by social, economic and family systems that penalise them for no reason.

Can we say we are on the right track to achieve change based on the “Gender Report” indicators?

Yes, we are improving in some areas, especially in terms of political representation. For example, historically women’s presence in the Italian Parliament used to be low but the introduction of the double vote for candidates of the opposite sex in electoral law finally marked a radical change of direction. The increased women’s representation had a positive impact on interventions and policymaking to tackle gender equality. In 2013 the Parliament was feminized by the entry of a good number of female senators: the first action for women was to ratify the Istanbul Convention, followed by the approval of the gender based violence law. In contrast with these achievements, unfortunately Italy is still Europe’s Cinderella in terms of women’s employment, as confirmed by the new “Gender Report” that this year also examined the impact of the pandemic on women. In addition to monitoring the impact of governmental policies on the gender gap, the Report provides an outlook on gender inequality with a comparative view that we should be increasingly more aware of. Seeing the list of inequalities all in one place, which is updated every year, gives you a sense of the impressive magnitude of the issue. Action is urgently needed in order to change the underlying approach that views women as a disadvantaged group in need of protection. Women cannot be viewed as a “group or a category” because they represent half of the population. Women are not disadvantaged due to ontological matters or specific issues, which might be the case for so called vulnerable groups, such as people with dependency issues or serious disabilities. Women are discriminated by social, economic and family systems that penalise them for no reason.

They are also discriminated by the cultural system, starting from the use of language as an instrument to gain power and to perpetrate violence against women. Do you think that governmental policies bear any responsibility with regard to this?

Language represents a very big issue. The masculine gender is utilised in reference to groups but also- especially, I would stress- to describe degree-level professions, thus viewing them as a male prerogative. Furthermore, many words and expressions have a positive meaning when they are referred to men but when they are referred to women they take on a derogatory one, which often alludes to prostitution- “available man” and “available woman”, “easy man” and “easy woman”, “big man” and “big woman”, and so on. TV series and movies often contribute to emphasise deep-rooted gender stereotypes and might have a negative effect when the audience identifies with the characters. It is interesting to see the way language reflects deep-rooted cultural messages and it is the product of a mostly male-dominated society. Policymaking should promote a culture that avoids gender stereotypes on both sides. For example, a lot of investments are being made to incentivise women to choose technical-scientific professions but the same should be done for men and care related jobs: it would be an important way of rebalancing the situation.