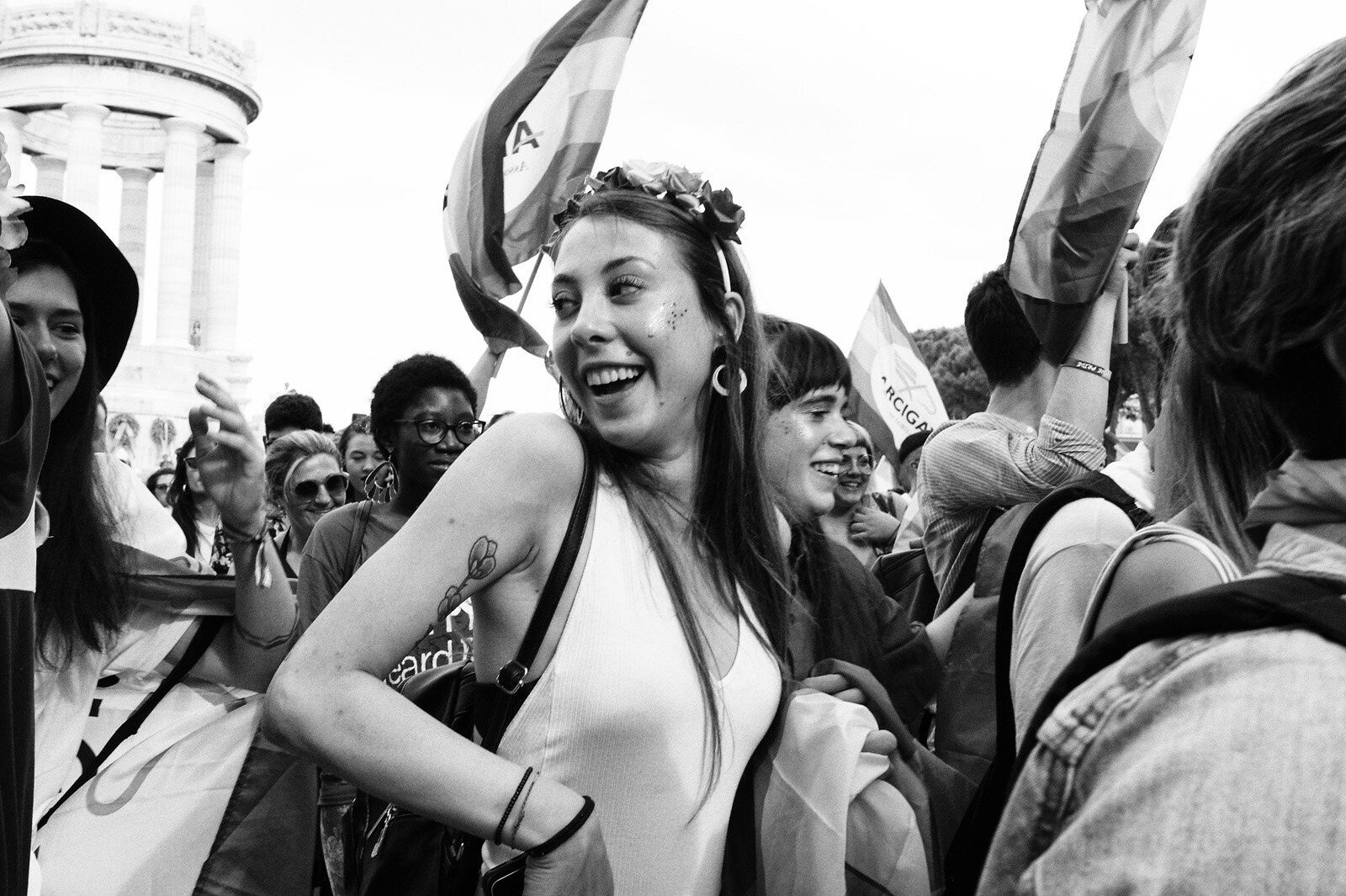 In June 2021 407 female researchers and university professors (all women) signed a petition addressed to Minister Maria Cristina Messa and the Conference of Italian University Rectors asking for “an intervention that would not be about protecting Italian university teachers but about recognising” their commitment and work on the family care front during these months of forced lockdown caused by the Covid-19 pandemic. Bearing this responsibility meant that the time dedicated to research was lower and so was the number of scientific publications, which reflects significantly on the ability to apply for career progression opportunities.

A study published on the Journal of Medical Internet Research [1] reported a reduction in the number of articles published by female authors in biomedical science. The research looked at 78,950 articles that were published between 2019 and August 2020 on 62 journals from the Springer-Nature group, which equalled to a total of 346,354 single authors. The percentage of female lead authors who published in the field of biomedical science during the pandemic decreased by an average of 9.1 per cent and the percentage of female last authors decreased by an average of 7.9 per cent.
The storm caused by the pandemic further impacted the career gap that was already present between men and women working in research.

In 2021 only six out of 84 rectors are women in Italy: Giovanna Iannantuoni at the Bicocca University in Milano, Tiziana Lippiello at the Ca’ Foscari University in Venice and Maria Grazia Monaci at the Valle d’Aosta University, Sabrina Nuti at Sant’Anna School of Advanced Studies in Pisa, Antonella Polimeni at the Sapienza University in Rome and, lastly, Daniela Mapelli, who will be soon taking on the post of rector at Padua University. Such figure is still too low for the Italian context but it demonstrates that change is taking place, though very slowly. The abovementioned universities are among the top-ranked and largest ones in Italy.
There is actually significant women’s presence in our universities but this tends to decline as the academic levels increase. According to data recorded by the MIUR (Italian Ministry of Education) in March 2021 [2], women make up 55.8 per cent of undergraduate students, 56.9 per cent of graduates, 48.8 per cent of PhD students and 51.1 per cent of Post Docs. Yet women represent 49.8 per cent of research fellows, 46.9 per cent of university researchers, 39.9 per cent of associate professors and 24.8 per cent of full professors.

There is actually significant women’s presence in our universities but this tends to decline as the academic levels increase.

In December 2020 the Italian National University Council published a report entitled “Analysis and Proposals on the gender matter in the Italian university context” [3] that analyses the progress made from 2008 and 2018 in academia. There is a very significant gender gap in the biomedical context, which is reflected in the prevalence of men over women in permanent jobs (with marked differences among associate professors and particularly full professors). Fixed term roles instead essentially show gender equality and a significant prevalence of women among research fellows. Scientific and technological fields- the so-called STEM topics (science, technology, engineering, mathematics)- show a similar trend. In 2019 women made up approximately 40 per cent of the total research fellows and researchers, but just roughly 21 per cent of full professors.
Furthermore, the 2018 Gender Report [4] of the Sapienza University in Rome showed that only 17 out of 59 department directors and 2 out of 12 faculty presidents were women.

As we have seen, women’s presence in Italian universities and research PhDs is high and so are the associated results. On average women graduate six months earlier than men and with the same grades. According to the survey conducted by AlmaLaurea on female and male students who graduated in medical and pharmaceutical degrees in 2020, 20 per cent of women graduated before turning 23 years old (the study also included 3-year degrees) versus 10 per cent of men, and 24 per cent graduated after turning 27 years old versus 32 per cent of men. Female students who graduated in these fields mostly come from less advantaged social classes: 21 per cent of them come from the upper class versus 28 per cent of male graduates, and 24 per cent come from the working class versus 18 per cent of male graduates. 67.8 per cent of female graduates and 57 per cent of male graduates do not have a parent with university level education. Women who graduated in medical and pharmaceutical sciences with brilliant votes come less from scientific and technical high schools compared to men.
During academic year 2019/2020 little less than half of the total PhD students were women. In the field of medical and health sciences women even make up 63.6 per cent of the total PhD student population (this percentage drops further to 30-35 per cent in the other STEM fields of engineering, physics and chemistry, in line with the rest of Europe), female research fellows are almost 73 per cent and female researchers on a permanent contract are 50 per cent.

The European gap in research grants

International collaborations constitute a very important element for career progression in the academic context. However, the ERC grants- the famous research grants that are given out at the European level after the careful and extremely competitive selection of projects submitted from all over Europe, helping winners to make a significant career jump- are still won mostly by men. Between 2007 and 2016 women won only 27 per cent of the starting grants and 14 per cent of the advanced grants that are dedicated to those at a further stage of their academic career.
There is also an underlying problem with the publication process itself on high-impact journals. In order to win a competition it is necessary to publish a lot and in the right journals so that other estimated colleagues cite you as a respected author in as many prestigious journals. In addition to the already mentioned reduction of female authors that was recorded during the pandemic, articles with a female lead author are (on average) less cited than those with a male first author. Furthermore it seems as though women are much less involved with the peer review process. The gender gap in publishing is a delicate and complex topic that should be explored further with large and dedicated studies.

Is there a better situation in the industry context?

It might be a little bit better. There is not much data available on women’s presence in the Italian biotech industry. What we do know from the entrepreneurship side of things is that (according to data from Unioncamere) in 2020 there were 1,598 innovative women’s start-ups in Italy, 13.2 per cent of the total innovative businesses.
The “SHE figures 2018” report by the European Union [5] provides the most complete data, showing that in most countries the pharmaceutical industry is the only sector where there are more female researchers than male ones. In Italy 53 per cent of the R&D workers based in the manufacturing departments of drug companies are women, even though the female researchers in the services department of these organisations make up 28 per cent of the workers.

Even women who are not part of the research world but that started working straight after graduating experience a gender gap in salary. One year on from graduation male physiotherapists earn every month 200 euros more than their female colleagues who have the same experience. A newly graduated male speech therapist earns 133 euros more than his female colleagues, male dental hygienists earn 119 euros more and male nurses earn 84 euros more. These data come from the report on the gender gap present in healthcare (non medical) jobs provided by the AlmaLaurea Association. In 2019 male graduates earned on average 1,313 euros (net monthly salary) one year on from their graduation.
What about doctors? Even though data provided by the Federation of Orders of Doctors and the FNOMCEO (Italian National Federation of Orders of Surgeons and Dentists) show that there are more women than men in the new generation of workers (60 per cent of doctors under 60 are women), five years after graduation female doctors receive an average net salary that is 200 euros lower than their male counterparts- 2,148 versus 2,315. Part-time options cannot be blamed this time around, as they are equally divided between men and women. The same salary gap occurs three years after graduation: young male doctors receive 2,116 euros while young female doctors get 1,993 euros.

Getting an education is not enough. The presence of such stereotypes lingers even among female and male graduates. According to a survey conducted by Agenzia Dire on women and media [6], – that was presented at the Senate at the end of 2019- 9 per cent of graduates, little less than one out of ten, think that women should stay home to look after children. One out of five Italians from the wider population and 18 per cent of people with a diploma also think this.
An ISTAT survey on gender stereotypes [7] painted a worrying picture in 2019: 27 per cent of Italians and 10.8 per cent of graduates (especially 13 per cent of male graduates) think that men should be responsible for household financial matters and that it is not that important for women to work. Additionally, 34 per cent of Italians and 15.9 per cent of female graduates think that men are less suited for housework. Finally, 16 per cent of the interviewees think that, when there is shortage of work employers should prioritise hiring men over women.