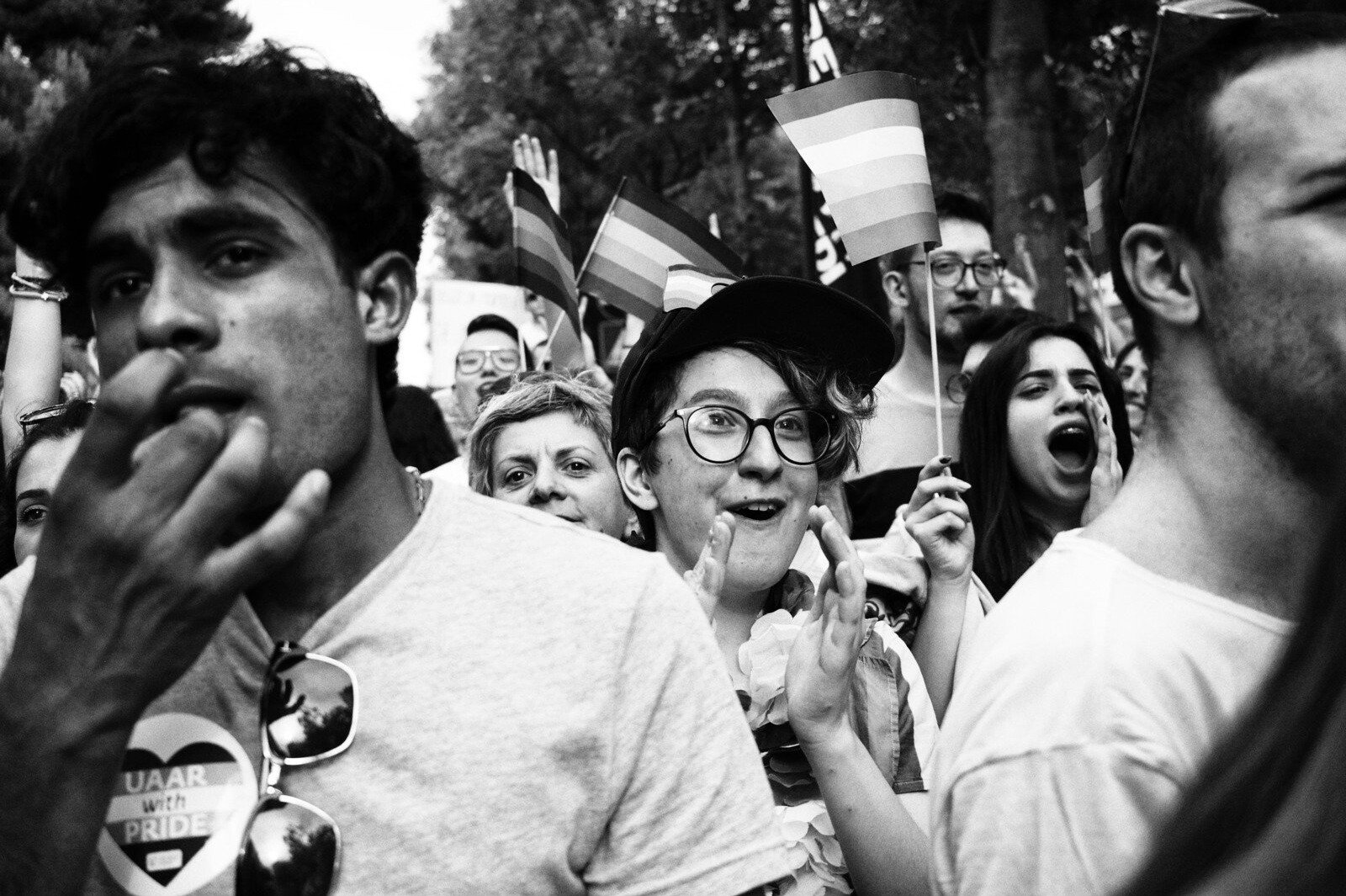 Male privilege impacts significantly both research and the dissemination of results. Even though in some cases the number of women obtaining a PhD is increasing [1] , it is not encouraging to see yearly figures ranging between 0.1 and 0.6 per cent. In 2006 women only represented one fourth of the university teaching staff of the US and they also earned 20 per cent less than their male colleagues [2]. Sometimes the salary difference- on equal grounds in terms of qualifications- becomes more evident between the most senior workers [3]. In the United States the entry salary for female doctors is approximately 167,000 dollars while men receive 200,000 dollars [4,5]. Female professors on a first level salary band receive a similar pay to male professors on a second level salary band [6]. The different retribution is not justified by lower clinical or scientific productivity [7]. Besides, the number of female doctors is increasing: in 1960 women constituted 6 per cent of medical students; 50 years later they increased to 49 per cent and made up 25 per cent of the doctors actively working in the US [8]. In 2004 already 32 per cent of the professors teaching in Medical Schools were women. Some even talk about medicine as a woman’s field, predicting an improvement in the relationship with patients, greater availability to deliver home-based assistance and more focus on the social dimension of care support [9]. The reality is that those in leadership roles tend to support male pupils [10] more and having children continues to represent the greatest career obstacle for female doctors [11]. Some people even conducted studies to support the notion that women with children are less productive, prefer part-time work and retire earlier [12]. Such opinions are not really supported by strong evidence [13].

The road to equality is still long and assessing professional productivity and expertise is a crucial factor because that is what is used to justify unequal treatment.

The road to equality is still long [14] and assessing the professional productivity and expertise of researchers and doctors is a crucial factor because that is what is used to justify unequal treatment. Any potential difference in productivity actually becomes smaller as women age: the research output of people that are free from commitments outside of work is not impacted by gender [15]. When we talk about dissemination of research, the role of medical publishing is critical.

Even though women’s presence as first or last authors is increasing, the difference between men and women always remains evident: women constituted 5.9 per cent of authors in 1970, 29.3 per cent in 2004 and 37 per cent in 2014 [16,17]. However, during the last five years under study not only did the situation not improve, it probably worsened [17]. There is also a great difference between journals: the New England Journal of Medicine features few women while the BMJ has many more- that has been the case for years now. The Lancet journals are no exception: many women are first authors but few of them are featured as last authors [18]. There is also the matter of presenting results divided by sex or gender, which is very important for the clinical relevance of the data published.
Such indicators cannot paint a clear picture, so much so that, when asked about her opinion, Ana Marušić– the co-editor of the Journal of Global Health and former president of the main international editor associations- responds with another question, “How do you define gender equality? When I look at the editorial staff of medical journals like The Lancet and The BMJ, most of the editors are women. But are they in a leadership role? Did they break the glass ceiling?”
There is significant inequality also in the distribution of tasks among research groups, where women are given routine jobs more often, while men work on the study design or on writing the article [19]. Guest editorials feature female lead authors less than one time out of five [20], perhaps because there are still few women covering leadership roles in academic medicine. Here too it is not clear what came first, the chicken or the egg- publications are very important for career progression and women’s lower visibility or presence does not help us get closer to any change. Women also make up 20 per cent of the researchers in the field of environmental science, but they feature only in 3.8 per cent of the guest editorials published on the “News and Views” of Nature magazine [20].

Women are also underrepresented inside the scientific committees that operate in biological and environmental sciences [21], general medicine [22] and a few other medical specialties [23]. A research study published ten years ago on 16 important international journals showed that less than one out of four committee members were women. It also showed that there was a significant difference in terms of women’s presence between the boards of British and Canadian journals (higher) compared to US ones [24]. That is the rule, more or less [25]. We need to seek a new balance so that the editorial and cultural policies of the main scientific journals can take on different directions. The composition of an editorial committee can guide the selection of the contributions that are published both because board members might also act as referees and because they might suggest external referees. It is not easy to study the impact of gender on the critical review process of scientific literature because only few journals show the referees’ names. Transparency enabled studies to take place that confirmed how peer review is also a male dominated process and that the male directors of journals tend to significantly prefer referees of the same sex [26], even though there is equal availability of women [27]. Despite the fact that 44 per cent of physicians in the US are female doctors, only 13 per cent of the referees of the New England Journal of Medicine are women [28]. The situation at The Lancet is not that much better: despite the high women’s presence among the editorial staff, the number of male referees is much higher [29]. Essentially, women are selected less frequently as referees, despite what you might expect in light of the number of articles submitted or published by female authors. From figures to facts

Many studies explored these topics and some of them discovered particular and intriguing aspects. Firstly, research results are much more likely to be divided by gender when women cover key roles in the research workgroup [30]. Articles featuring a man as the first or last author are more likely to present research results in the title or the abstract using positive language compared to articles where the first or last author is a woman, particularly in the higher-impact journals. Presenting research results with positive language is associated to the article being cited more often by others [31]. Women’s greater linguistic moderation comes along another piece of data: pharmaceutical and medical device-making companies pay female doctors significantly less than their male counterparts for the same activities [32].

Research results are much more likely to be divided by gender when women cover key roles in the research workgroup.

“I think that leadership roles, such as the post of chief editor, should be more open to women in order to reflect their contribution to medicine,” states Marušić. “In my country there have been female medical students and doctors for many years. Women now represent the majority of medical students even in countries where medicine used to be a male dominated field. I think that a successful strategy to fill the gender gap around the dissemination of research would be to follow the Sage Guidelines of the European Association of Science Editors in order to report sex and gender variables. With regard to leadership roles in journals, the owners and editors of journals should develop a program with the aim of achieving gender equality, as recommended in the ‘Gender Equality Plan’ created by the European Institute for Gender Equality.”

Medical publishing can do a lot to achieve a different type of gender balance by turning principled promises- that are rarely kept- into concrete realities.

Medical publishing can do a lot to achieve a different type of gender balance, by turning principled promises- that are rarely kept- into concrete realities. Firstly, the value of expertise should be recognised regardless of gender. Secondly, men and women should receive equal pay. Furthermore, authorship in publications should be checked to ensure that the ratio of female and male authors shown is appropriate. The position of the authors’ names should also be monitored to combat honorary authorship practices, whereby one time out of five the “senior head of the research department/facility” (most often a man) is given paternity of work they did not directly contribute to producing [33]. Ensuring that the scientific committees of journals have equal compositions also contributes to achieving gender equality and so does a balanced selection of the referees.

Women behind the scenes

If you take a wider look at medical research, the systematic discrimination of women quadruples: they are discriminated as study participants and researchers; when they submit a project for funding; as authors of scientific publications and winners of scientific awards; and as people benefitting from research in terms of health, social and financial repercussions [1].
According to a recent study that included 1,370 articles on Covid-19- including comments, editorials and the original articles- published between the beginning of the pandemic and January 2020, women made up less than a third of the 6,722 authors. Out of little more than 1,200 articles, 32 per cent of the lead authors and 27 per cent of the last authors were women, which confirms a gender gap that other research fields already displayed [2]. Other studies assessing the authorship of publications on Covid-19 confirmed the presence of persistent gender inequality [3,4].
If article authorship can be considered an indicator of women’s participation to research, then editorial writing is an indicator of their presence in leadership roles. That is the case according to a group of female and male researchers that analysed the authorship of the editorials published between 2010 and 2017 on the five journals of epidemiology with the highest impact- the American Journal of Epidemiology, the European Journal of Epidemiology, Epidemiology, the International Journal of Epidemiology and the Journal of Clinical Epidemiology. Out of 1180 editorials, 594 had a single author- one out of four was a woman- and 586 articles had two or more authors- one out of three had a female lead author.
Such gap should be filled immediately, urge female authors. To be specific, the community of male and female epidemiologists and the journals of this field should commit to increasing the number of women covering editorial roles. Those who write editorials should consider women as co-authors and women should be more proactive when they have the opportunity to cover leadership roles.