The Copernican revolution of future healthcare

President of the National Federation of Surgeons and Dentists (FNOMCEO) 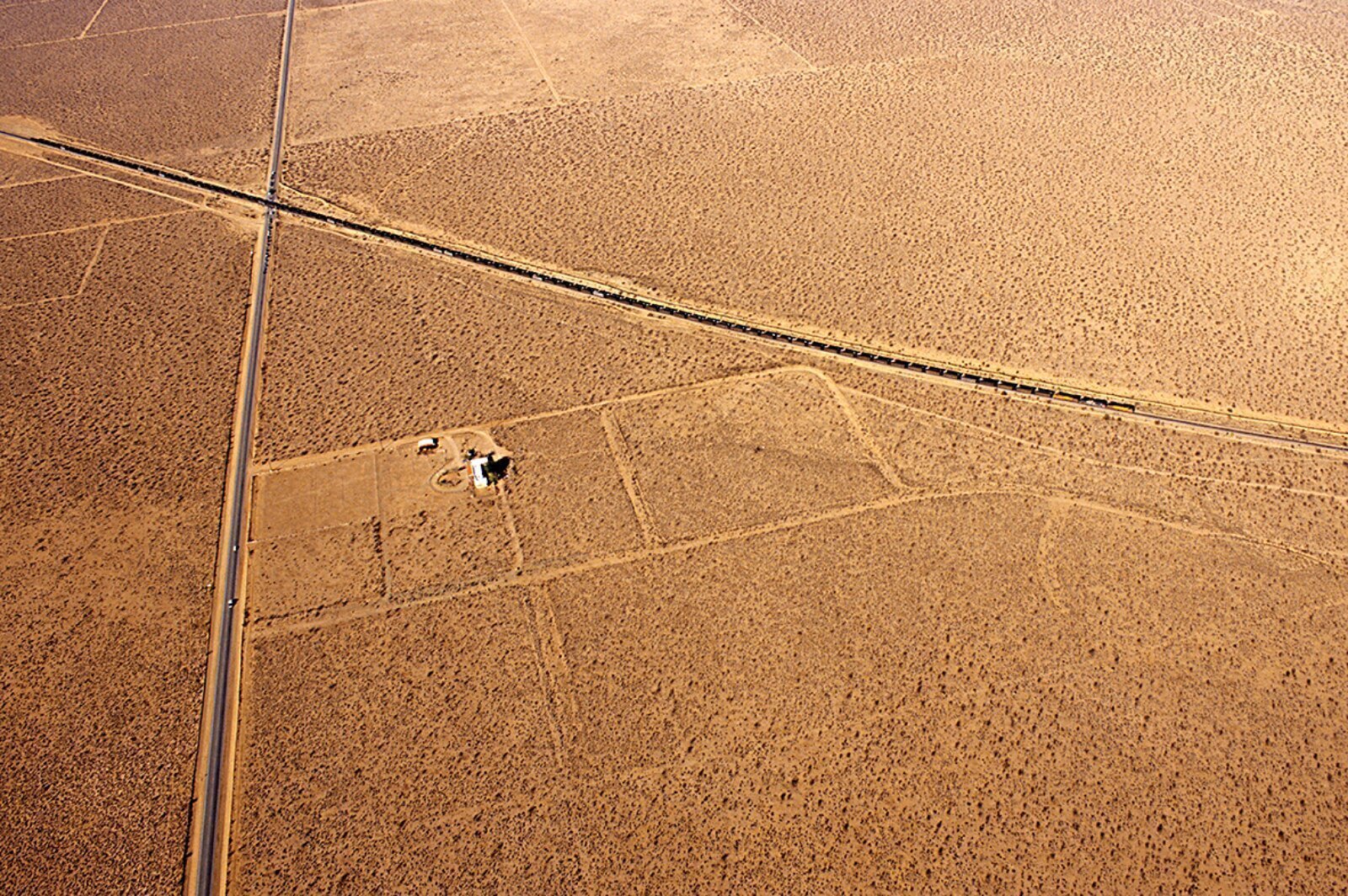 Covid-19 highlighted the need to strengthen the provision of local healthcare services. The Recovery Plan mobilises seven billions, which are to be spent over a period of five years. They are intended to help reform proximity-based healthcare, with the creation of community hubs and hospitals, the enhancement of home-based support and telemedicine, and a more effective integration with all the socio-healthcare services. Filippo Anelli, the president of the FNOMCEO, stated that, “The time has come for a Copernican revolution of healthcare” and he involved the entire Central Committee and the Work Unions to contribute to the discussion around the renovation plan.

What should be at the core of this desired revolution, President Anelli?

The healthcare worker/citizen duo should be at the core. Both of these subjects are connected by that same trust that brings citizens to freely choose the physician they want to get help from. This is an important value for citizens and also for the Country. Data show that continuity in medical assistance is associated to greater survival rates; additionally, there cannot be work without good health. Therefore the medical profession has a strategic role to play. During the Covid-19 pandemic it became an important point of reference even though the urgent need for a new doctor-patient relationship also emerged. The Copernican revolution aims to change this role in a society that, for the past twenty years, viewed the physician’s job as a “money-making” profession looking for business or as a service-led figure that only helps to write prescriptions when needed. On the contrary, the physicians’ skills give their role a social function and also make it an important stabiliser of democracy in that they are guarantors of rights, which is an aspect that should be acknowledged. In addition to the fundamental rights to health and to life, there is the right to self-determination, which citizens exercise through informed consent, and the right to equality. In Italy everyone- even migrants in the hull of ships- has the right to receive equal healthcare without sex, race, social or language based discrimination. There is also the right to access local healthcare services equally. However, healthcare in the Calabria region is not the same as in Veneto and years on we are still facing great inequalities. Nonetheless, those who are born in Calabria should not be penalised for this. Finally, there are the freedom of choice and the right to obtain information, which are essential principles for our civilised way of living. Our society is founded on rights and guaranteeing their expression means defending our democracy-based Constitution.

The Copernican revolution aims to change the role of the medical profession in society.

What pillars should the reorganisation of the provision of local healthcare services be based on?

The National Recovery and Resilience Plan aims to fill some of the gaps present in Italy. The “Healthcare” Mission plans interventions that are intended to strengthen both the hospital system and- especially- the provision of local healthcare services. While the first interventions concern mostly structural or infrastructural projects- thus aimed at increasing the safety of hospital buildings and equipping them with more up to date technological and IT tools- the second ones do not just require structural reorganisation but also a change to the system. The planned investments of six billion euros towards building community hubs and one billion euros towards building community hospitals mean starting a reform to the system that will finally enable general practitioners to work in multi-specialised and multidisciplinary teams. New ways of working will have to be defined, without losing the typical proximity of general medicine, which is also a fundamental objective outlined in the plan. We are still clinging to the idea of those family doctors from seventy years ago who do home based visits taking their medical bag with them. However, thirty new healthcare professions have been created in the meantime and they are all services that need to be guaranteed to our citizens. The reform of Title V of the Constitution, which took place twenty years ago, did not manage to change the system and create a synergy between the different healthcare professions. I believe that the money coming from the Recovery Fund will help to put this renovation process into motion.

We already attempted to make similar reforms in the past. For example, in 2007, the project on health hubs meant for primary care and continuity of care- a plan designed by Livia Turca, the then Minister of Health- did not fully take off for different reasons. Will we succeed this time around?

There is definitively optimism on this. However, looking at the past there are still challenges and some worry that this reform will also remain incomplete. Nowadays we have enough resources to build community hubs but not to invest on healthcare professions. Repeated cuts to the healthcare sector and the block caused by the generational turnover resulted in a significant decrease in specialised workers and now we need to rebalance those numbers. There was no time to waste in the middle of the pandemic: we were able to quickly purchase five thousand other respirators but, for example, we could not hire five thousand anaesthesiologists as there were none available. Because of the emergency we increased the number of places in medical specialty courses but five or six years will have to pass before future physicians can complete their training. We have to invest on education as it is an instrument to reorganise the provision of support services and we should also clearly define the roles and functions of each medical profession in order to avoid any overlaps, which are sometimes pointless and uncomfortable and might trigger conflicts in what should be a serene environment. The FNOMCEO views task shifting- or delegating some of the doctor’s tasks to other professionals- as a disservice because it means lowering the quality level of the support and denying citizens the best service available.

We have to invest on education as it is an instrument to reorganise the provision of support services and we should also clearly define the roles and functions of each medical profession in order to avoid any overlaps, which are sometimes pointless and uncomfortable and might trigger conflicts in what should be a serene environment.

Another topic that is often discussed in relation to the reorganisation of primary care concerns general practitioners and freely chosen paediatricians going from being affiliated contractors to employees. Is this an actual issue?

It is an interesting and controversial topic. On the hospital side there seems to be an opposite situation where you have employed medical directors that wish to become affiliated contractors. They view being employed as a limitation to their medical profession as it impacts their autonomy in that one can be “ordered” to provide a service that might go against one’s own scientific or even ethical convictions. One of the matters that we prioritise at the Federation is the so-called “administration of medicine”, the process through which a series of rules increasingly pushes physicians to become service providers instead of freelance practitioners. When freelance professionals receive a contract they can manage their own work independently, while being an employee means that a series of activities and people who are hierarchically higher up can impact one’s own decision-making. In general, efforts should be put- even when working with freelance practitioners- to safeguard professionals more.

Anyway, I believe that there is another matter, which is much more important: we are about to witness a significant shift in the provision of local healthcare services and the real challenge lies in guaranteeing a system where multidisciplinary teams of professionals work and collaborate together. Today this challenge proves difficult and facing it requires everyone’s wisdom so that a way to put together various professionals, without damaging their individual legitimate expectations, can be identified.

We are about to witness a significant shift in the provision of local healthcare services and the real challenge lies in guaranteeing a system where multidisciplinary teams of professionals work and collaborate together.

When reflecting on the meaning of proximity Ivan Cavicchi emphasises the new notion of communities where the needs of the community are prioritised over those of the territory: “The provision of local services is about space; the community instead is a social subject.”

Cavicchi hits the nail on the head and truly gets the meaning of the word “community”. The Law n. 833 of 1978, which established the Italian National Healthcare Service, stemmed from the need to give local communities space and the chance to participate. Back then the mechanism of action was about creating management committees, which were archived straight away, and linking the needs of the community with the National Healthcare Services. The 2001 amendment to Title V of the Constitution was an attempt to bring citizens closer to the Government by transferring many of the tasks/functions to Regions. However, this actually resulted in a greater and sudden distance between local communities and those managing their healthcare services.
Today districts failed their mission because their resources were depleted and local health authorities became huge. Financial aspects take priority over healthcare objectives. Furthermore, mayors symbolically request the participation of the community when it should actually be the individual community that discusses and defines the objectives together with healthcare professionals and those managing the healthcare sector. For example, the health needs in the city of Taranto, where the former Ilva Company was based, might be completely different from the ones of a mountain community based in the Alps or the Apennines. Local communities must be given the chance to interact, participate and express any need in a way that is recognised as part of the healthcare management process. Health needs no longer get expressed or recorded so the community issue becomes central once again. Like in all democracies, the participation of citizens becomes essential.

Like in all democracies, the participation of citizens becomes essential.

During an interview with former Senator Nerina Dirindin she stated that the keywords for proximity-based healthcare are physical and emotional closeness, listening and community. “These are all concepts that general practitioners should somehow embody but they were lost when the healthcare sector started to merge all the small centres into the bigger districts”. Are we moving in the right direction to recover these principles?

I like this reflection by Nerina Dirindin; it recalls the spirit of the Bindi reform. However, I do not believe that these principles were lost but rather that the system somehow compromised their efficacy.

Finally, what are three words you consider essential today?

The words are trust, autonomy and proximity. Trust, because the care process strongly depends on the trust established in the doctor-patient relationship and this can only be obtained when citizens can exercise their freedom of choice. Autonomy, because healthcare professionals would not be able to defend the citizens’ right to self-determination- among other ones- without it. The autonomy of the profession and citizens’ freedom must meet. Finally proximity, as it connects to the concept of closeness that Nerina Dirindin speaks about. Proximity is an important value and it is also impacted by the orographic organisation of our territory. We have many small towns where it would be impossible to centralise the provision of services, so it is exactly in places like these that we will need to guarantee the physicians’ presence and strengthen this with services that can be offered through access points such as community hubs.