The borders of humanity

Reaching the extremes to be closer again 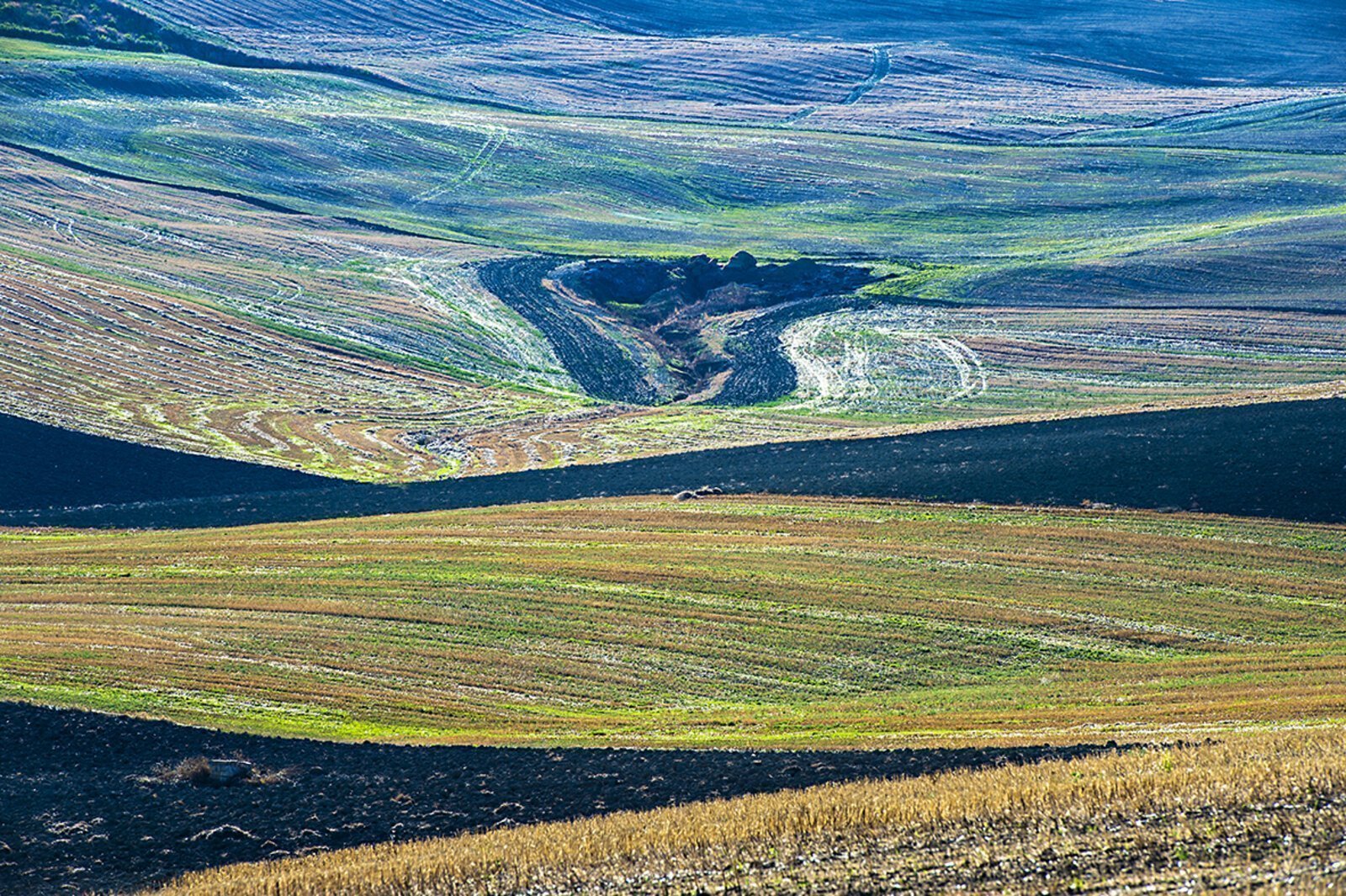 Neighbours are people that, by definition, are close to us but there is often a border separating us from them. You described Pope Francis as a militant that was able to transform borders into frontiers: how does one overcome such an obstacle?

Borders are limits that, thanks to the good will of men and governments, can turn into exchange and research frontiers. I feel that this might be a particularly significant theme to discuss given the recent happenings in Ceuta where the army was sent to block migrants from landing on the coast and a Civil Guard saved a baby from the waves of the sea. One of the most powerful messages from the Gospel is just this: the “compelle intrare” (“Compel them to come in!”) parable is first and foremost a reminder that there are rich and poor people. It is not a coincidence that the master of the house orders his servant to invite the marginalised, “the poor, the crippled, the blind and the lame”. Stepping out of the metaphor, this recalls the big social theme of poverty and the relationship between poverty and immigration in the so-called “hunger continents”, particularly Sub-Saharan Africa. The number of nameless and faceless deaths taking place between the two Mediterranean coasts and on the different frontiers of the world (such as the border separating Mexico from the United States) is one of the most ferocious and disinterested chapters of our time. Furthermore, welcoming immigrants without restrictions is not possible and migrants’ ability to integrate can be a limitation.

Instead of reigniting the debate on immigration just to shut it down straightaway to wait for the next series of deaths, it would be more appropriate to try and answer a simple question: should national and European governments do everything they can to avoid the serial deaths of these fish-men, these non-people, these presumed culprits, these desperate and hopeless people, or should they not? Should we make an effort for real, especially from the financial point of view, or should we keep on getting outraged only up to a certain degree, writing “feel-good” or “feel-bad” articles- that are ultimately always the same ones because they are trapped in the ideologies of worn-out arguments- just to then look the other way until the next time? Furthermore, does the way we relate to these silent massacres reflect the level of our civilisation (Italian, European, Western, global, Christian, secularist, post-modern, multicultural- you name it) or does it not? Finally, should we do everything we can to save them, which would mean dipping into our pockets further because intervention policies are expensive, or is it more convenient not to do that because the more die the less will- once they land on our coasts- steal our jobs and reduce the safety in our streets and for our children? If we, legitimately, opted for the second option, perhaps without admitting it out loud and simply turning our backs, could we still call ourselves Christians or even just humans? It is only by somehow answering these questions and adopting governmental strategies accordingly that policymaking can regain the direction and the ability to act.

The number of nameless and faceless deaths taking place between the two Mediterranean coasts and on the different frontiers of the world is one of the most ferocious and disinterested chapters of our time.

According to Pope Francis’ reflection if dialogue and confrontations are indispensible tools to get closer to our neighbours where does conflict fit?

Firstly I would like to say that I am neither an expert nor- obviously- an interpreter of Pope Francis’ thoughts which, based on the lovely book by Professor Massimo Borghesi, seem to have theological depth and doctrinal implications we would be wrong to underestimate. My understanding is that according to Pope Bergoglio the reality of conflicts cannot be removed but efforts should always be made to search for what unites the opposite parties. This is a strong notion based on the acceptance that history is dramatic and that the nature of Christianity is paradoxical, whereby the Son of God is also a man that dies with the desperate and creatural awareness of being abandoned by the Father.
God will get the final say on this but in the meantime, down here, we need to embrace a more optimistic philosophy focused on emphasising elements that unify rather than divide. This notion of unifying the opposites can be found in the writings of the founder of the Jesuits, Ignazio di Loyola, as they present a continuous polarity between divine grace and man’s freedom. This idea was also reintroduced during the twentieth century from two theologists that played a very important role in the Bergoglio’s formation- the French Herny de Lubac and the Italian-German Romano Guardini- the Pope to be even dedicated his Theology PhD thesis on the study of their philosophy. Reaching this goal required the predisposition to dialogue, which enabled the Jesuit education and identity of this Pope to emerge. Jesuits do not view their identity as a fortress that needs defending but as a bridge towards other people who might be as interesting as they are far from them. Based on this stance dialogue becomes an increasingly practical approach: obviously it does not mean giving up one’s own convictions but the truth resulting from confrontation with others is seen as more encompassing and inclusive hence more well-founded. Jesuits do not view identity and dialogue as opposite dimensions because the truth is not an ornament for show but the product of a research that enriches itself throughout its own process. This inclination towards dialogue stems from the missionary and exploratory nature of Jesuits, a mental attitude that turned them into the experts of virgin territories, whether these were unknown continents yet to be Christianised, the mind of boys yet to be educated or the conscience of people yet to be penetrated through confession.

Efforts should always be made to search for what unites the opposite parties.

In his last encyclical “All Brothers” Pope Francis illustrates well this curiosity-based attitude. In the paragraph dedicated to “Dialogue and social friendship” he explains a simple truth: “Life, for all its confrontations, is the art of encounter”, a verse taken by Vinícius de Moraes, the Brazilian poet and songwriter. “Existence”, he added, is “a polyhedron where the whole is more than its single parts” and that forces us to include the marginalised and the peripheries, thus “no one is useless and no one is expendable”.

If the neighbour is a woman, some problem may arise in the Church. In this regard, too, Pope Francis is suggesting a new direction. Is that so?

I would agree with that but with the necessary caution. For example, Pope Francis recently formalised, with a motu proprio, women’s presence at the altar during the celebration of the Mass to read the Holy Scriptures and to provide the Eucharist. The relationship between women and the Catholic Church has always been contradictory and marked by tensions amid very volatile historical contexts. Women traditionally held a double-sided role. On one hand there is mysticism, through which they became advocates for ecclesiastical and also political reforms- here we see a centuries long line that goes from Catherine of Siena to Theresa of Avila and finally to Theresa of Lisieux passing through several phenomena of “living saints” that displayed charismatic and prophetical powers. On the other hand there is “monastic hell”, made of nuns “with downcast eyes” that are confined within cloister fences, isolated from the world and submissive to the male power of the priest. In between these two indicative extremes there is a fluctuating world where the role of women in the Church and in society, based on the principles of the Church, followed- often in contrast with and in the best case scenarios struggling to keep the pace with- the history of the emancipation of women, which was in turn linked to the secularisation processes that were taking place. During the Second Vatican Council Pope Bergoglio seemed to indicate a cautious way forward. Meanwhile his decision led to the institutionalisation of women’s presence at the altar, but time would have to pass before women could gain more power.