A different type of suburbs 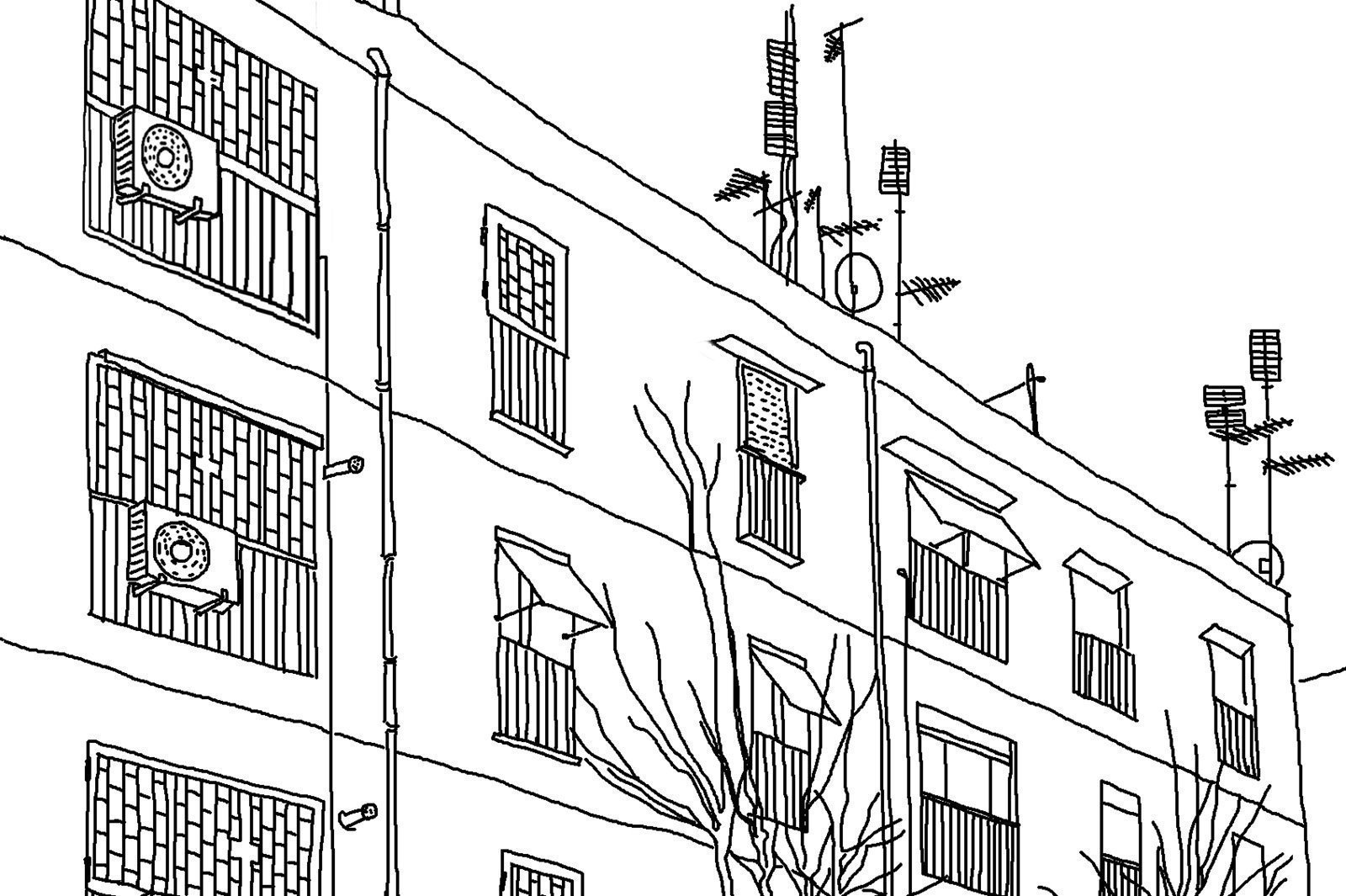 The different ways of inhabiting spaces described by Tommaso Giagni clash in places that are typical of the Italian suburbs. All too often the common narrative around suburbs that portrays them as distant and dangerous spaces hides the complexity that emerges from such places. It is essential that we work to promote communication between the different parts of the cities in order to melt away the stigma that burdens these communities.

Where does the desire to show these places come from? 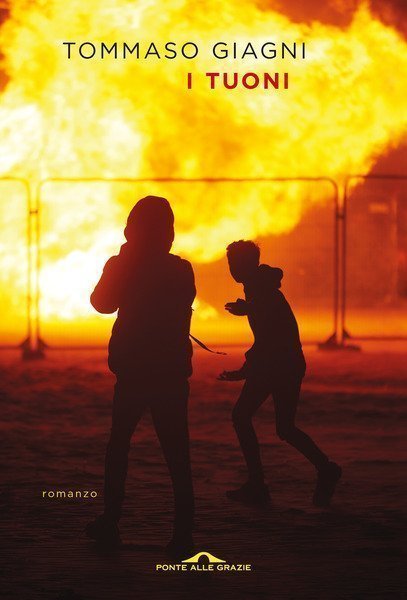 areas that developed around big shopping centres, not just in Rome. These new areas (editorial note: the “Verde respiro (Breath of Greenness)” neighbourhood) welcome people who get disappointed by a series of broken promises. They basically find themselves living in places that they hoped would be similar to the American suburban areas, with terraced houses equipped with garden and garage, where one can clean one’s car during the weekend. Instead they find themselves in completely isolated places: the roads are yet to be built, the parks are yet to be equipped with facilities and the stores are lacking.

The three protagonists are very young men with different aspirations and backgrounds that live in a typical marginalised area- the “Quartiere (Neighbourhood)”- relegated to the most disadvantaged. The most integrated one of them lives in a council home; the second man lives in the so-called “la Spina (the Plug)” area, which consists of a series of stores created to meet the needs of citizens and later abandoned and used as homes. The third man inhabits the last social level of housing. He is Ivorian and lives underground, in basements/garages that are converted into homes. Despite the housing and character differences between these three young men they feel like they belong to the same side of “the barricade”. The enemy is outside and the conflict is with what’s around, in what we might define as a sort of triangle including the marginalised neighbourhood, the residential area and the old town. It seemed to me as though this dynamic and these forms of inhabiting spaces offered a story worth telling.

The voices of the young men from the “Quartiere” area unite to form one single chorus. What are they saying?

They are saying that marginalisation puts together people with different backgrounds and stories, and that isolation from the rest of the city is something very violent. It sparks a bidirectional conflict that moves from bottom to top and from top to bottom. There is a double or even a triple movement. The main problem is feeling like you are placed at the spatial, social and symbolic margins. The old town area, the centre, feels like something far away and exclusive that does not belong to them. When they visit the old town one of them says, “We’re here as tourists” and the other replies, “Yeah, but if it’s night we’re here as thieves.” The city they belong to does not belong to them. At the same time the existence of a new area close by, the “Verde Respiro” quarter, whose inhabitants despise being near such a neighbourhood, makes things worse.

Furthermore this novel is published in a context where several years of economic crisis increased inequalities and one year of pandemic- just like a “thunder”, out of the blue- caused the worsening of everyone’s conditions. The crisis impacts both the “Quartiere” and the inhabitants of the “Verde respiro” area who, in addition to getting poorer, find themselves dangerously close to being close to the real poor. This context sparks an interesting type of tension that is worth telling.

Donatella lives in the “Verde respiro” area and is the only person that holds a very rational view around being deceived and having allowed others to take away one’s home. Why is she the only one with this political view?

It’s probably because she has a different idea of how to build her own identity than the other three do. She adopts a traditional outlook on life whereby achieving emancipation means choosing the education path and she faces university with great hunger. The aspect concerning how to build one’s identity is one of the driving forces of the novel. These young men are trying to build their identity by listening to their wishes instead of other people’s expectations. They don’t want to stay on the path that the world expects them to be on. They want to choose their own. Furthermore she remembers how she witnessed the neighbourhood she was born in (which is a different one than “Verde respiro”) getting impoverished by the economic movements that actually pushed away the communities from their own areas. She suffered a lot due to the disintegration of her community and feels rage especially towards her parents who are to be blamed for choosing to move to a completely soulless, anaesthetised and lifeless neighbourhood.

These financial movements caused the gentrification of some areas, where the population is socially recomposed with an upward trend. Alternatively the same thing that happens with Airbnbs takes place, whereby neighbourhoods with deep-rooted population groups are transformed into areas with short-term rentals that nobody truly lives in: the meaning of inhabiting a place gets emptied. What they do in reality is to empty the old town areas and turn them into theme parks. This triggers a series of domino effects, touristification and gentrification, which does something similar in that it breaks up communities. These are irreversible economic processes that should be controlled through public policies but philosophies disregarding the need to live together and the notion that places are characterised by the people who inhabit them tend to dominate instead.

In regards to inhabiting places Carlo Cellamare and Francesco Montillo write in “Periferia (Suburbs)” that in the Tor Bella Monaca area it became tradition for those who marry to fix the communal gate of the building they live in. What does this self-organisation generate?

It essentially creates the notion that those who should do it don’t so the citizens do it by patching things up. Self-organisation and the fact that people join forces despite being at the bottom should be praised but the issue is that this becomes an alibi for those who are actually responsible for those tasks as they would then claim that, “They can manage on their own anyway.” It triggers a perverse mechanism whereby people swipe the road in front of their home because they assume that those who should do it won’t. This should only be a temporary scenario; if it becomes permanent it means that there is a problem.

I think that policymaking should mainly focus on reducing the distance between the suburban areas and the city centre.

You stated that one has to “tiptoe” inside the “Quartiere” area in order to understand it. Does it mean that one should not assume to have a priori knowledge of the needs of the area?

One should be respectful and try to understand that such areas are often marginalised and stigmatised, hence pushed even further away, not just in a spatial sense but also symbolically. This leads to people feeling guilt and a sense of failure for living there. It also generates a physiological diffidence. It generates a system based on codes that can only be understood from the inside. If an outsider wants to understand what that is about they need to get closer. Instead I notice that those who don’t know anything about the suburbs often burst in expecting to understand immediately the mechanisms that trigger certain dynamics. Often they base themselves on prejudices, stereotypes and absolutely regressive notions. I did not want to tell a story about the criminality or innocence of the suburbs, which are usually the two extreme opposites that the narrative on marginalised areas is based on. These elements are certainly present but I think it’s important to also tell more and in a better way about the complexity and shades one can find.

Each neighbourhood presents its own specific needs and contexts, and its inhabitants know these much better than any outsider.

What do “requalification” and “improvement” look like in this suburban area?

These are words I am now quite diffident about. The requalification of a place often hides quite violent- not to mention expulsion based- mechanisms whereby on one hand the interventions are very superficial (i.e. The notion that asking a street artist to repaint a building would make it beautiful and that beauty will save the world). On the other hand the requalification of an area often hides financial interests and it results in pushing away the population that lives there. There should be concrete interventions instead. I think that policymaking should mainly focus on reducing the distance between the suburban areas and the city centre. When talking with the young men of the Tor Sapienza suburb I asked them, “Where is the city centre to you?” and they said it was in Piazza dei Mirti- the main square of a close neighbourhood, Centocelle, that is also a suburban area- because it’s where the bus line ends. Therefore in addition to working on public transport links I would also focus on a type of policymaking that places more attention to households. I would reflect more on how to engage citizens by listening to their needs and communicating with them, instead of relying on interventions made from above. Each neighbourhood should be treated as its own individual area. Each neighbourhood presents its own specific needs and contexts, and its inhabitants know these much better than any outsider who might think they can resolve things just by taking a look around.

We need a dialogue between institutions and citizens and a greater exchange on how to make the suburban areas of cities less isolated.

Let’s look at the future now. What are the challenges that would be worth focusing on to ensure that this notion of “elsewhere” is not left in the dark?

It’s all about communication: we need a dialogue between institutions and citizens and a greater exchange on how to make the suburban areas of cities less isolated. This should be done taking away the stigma that burdens neighbourhoods such as Tor Bella Monaca in Rome, Zona Espansione Nord (Zen) in Palermo and Barona in Milan, without viewing these places as bad or dangerous. It would help to go there to realise that the situation is actually much calmer than one would imagine. That’s what is needed: an exchange inside the city that is more open to having a discussion both vertically- between institutions and citizens- and horizontally- between the parts that make up the city. I think that the concept of bad neighbourhoods that people wouldn’t dream of going to should not exist anymore. I also believe that the solution should not take place with episodic approaches (for example the theatre on the outskirts of Rome where the reality is that those attending it are only people from other areas who watch the show and then leave, without having any real exchange with the neighbourhood). The exchange should be regular and open rather than episodic. It should be a true exchange, a real discussion. I don’t know where we are headed or whether it’s the job of writers to imagine what is yet to come. I just wanted to report a trend, a new form of conflict involving this triangle between the marginalised neighbourhoods, the residential areas- where the population is impoverished- and the old town quarters that are less and less populated.