Director of the Master in International Healthcare Management, Economics and Policy SDA Bocconi School of Management 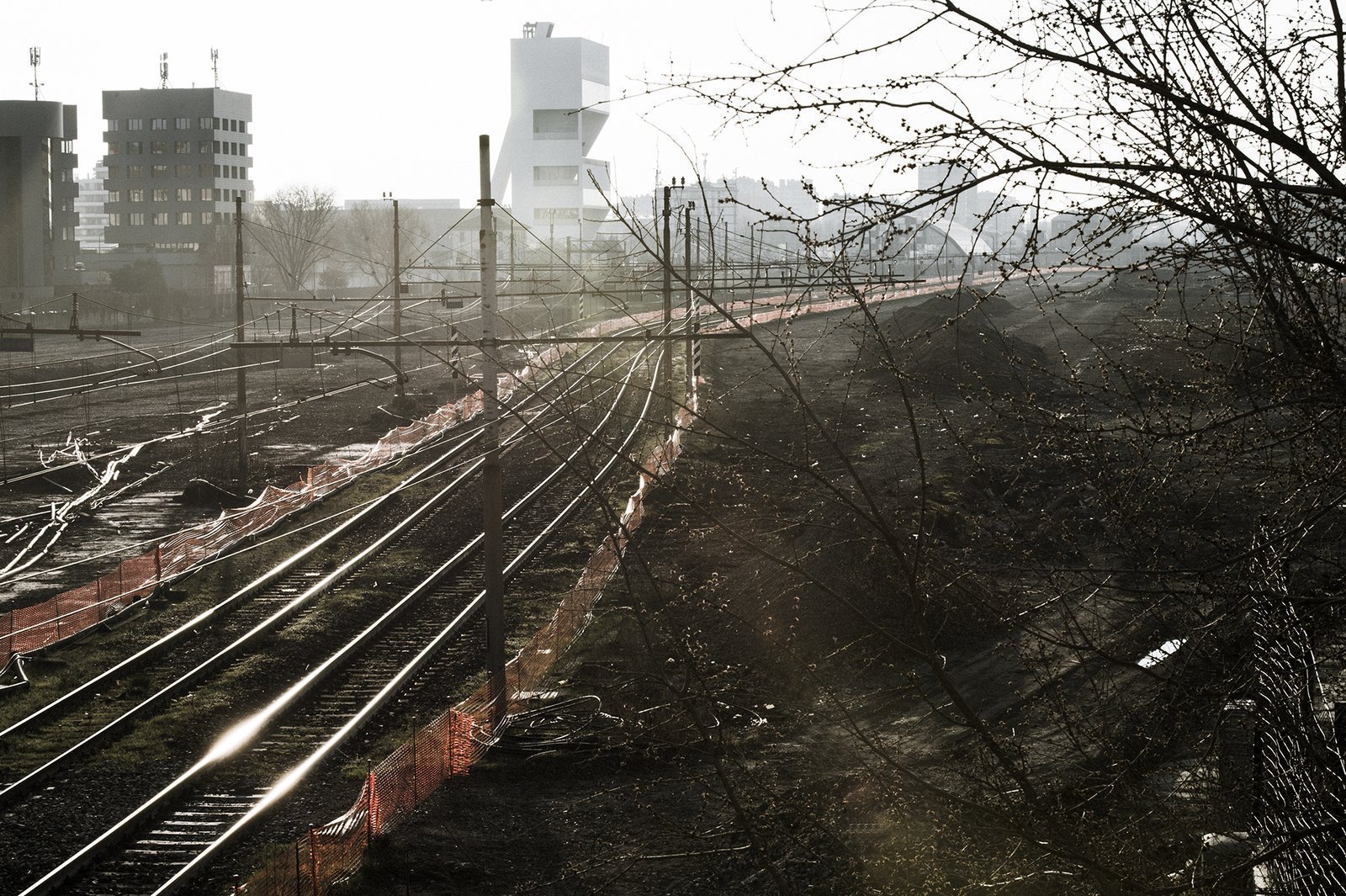 The centralised negotiation on some drugs needed during the Covid-19 crisis and on the vaccines meant for the countries of the European Union reignited the debate around whether each Member State should continue to act independently on such matters. Furthermore, it shed light on the factors that, until today, have been limiting this type of change, which is now very feasible and not just a theory anymore. Each country has its own set procedures to assess the value of new treatment options, and any plan to standardise such processes should take into account the potential need to restart a political debate around a new governance of the healthcare provision for all European citizens. However, it is worth trying to understand, from those who have been studying such matters for a while, whether the initiatives that have been implemented until today could somehow facilitate change.

During the Covid-19 pandemic we saw a centralisation of the procurement of new drug treatments (i.e. vaccines, remdesivir…) that were purchased and distributed by the European Union for the first time ever. Could this mark the beginning of a radical change in the way drug pricing negotiations take place?

I think that, even if we put aside the challenges that already emerged around this, centralising the pricing, procurement and distribution operations at the European Union level is not feasible in the short-medium term, because of two main reasons. The first reason is an institutional one: according to the Treaty of Rome, which the formation of the European Union is based on, each Member State has full autonomy around the management of internal social policy-making. The second reason is more logistical: given the different financial situation of the individual countries it’s unlikely that the actual costs will be the same, unless we want to introduce a reference price at the European level that would represent the highest possible price according to which each Member State would then negotiate their own domestic pricing. This solution would help with the current requests from companies to have relatively standardised pricing at the European level in order to avoid cross reference pricing in Member States- meaning the introduction of fixed domestic prices based on those of other countries that, given their weaker economy, managed to negotiate lower ones. The “centralization” approved by the European Committee (or the EU Proposal for a Regulation on HTA and amending Directive 2011/24/EU) which is awaiting confirmation at the European Parliament, actually concerns the joint clinical assessment of drugs and the subsequent pricing and reimbursement negotiations.

What would this joint assessment proposal entail?

It would entail the implementation- at the European level- of a clinical assessment that every Member State must complete (after a set period) and that should be done keeping in consideration the payers’ perspective rather than it being a regulatory measure per se (managed by the European Medicines Agency). It should account for the absolute benefit-risk balance associated with new drugs. This type of centralised assessment won’t concern other domains of the health technology assessment (such as the Patient-Reported Outcome and Experience or the Organisational Impact Assessment)- which Member States are allowed to voluntarily cooperate on for greater assessment consistency- and won’t take economic impact data into consideration. There might be other emergencies in the future that require the direct intervention of the European Union on the pricing procedures- which entails the application of the Joint Procurement Agreement for Medical Countermeasures- but I do not believe that the joint clinical assessment is the precursor to the joint assessment of all the “valuable” aspects of a drug and to direct interventions on pricing and reimbursement processes.

I do not believe that the joint clinical assessment is the precursor to the joint assessment of all the “valuable” aspects of a drug and to direct interventions on pricing and reimbursement processes.

What could be considered the reference model for drug procurement out of those that were experimented in Europe so far?

The main initiatives that recently started a partnership between European countries are: the Baltic Procurement initiative, which started in 2012 and focused on the procurement of vaccines; the BeNeLuxA initiative, which started in 2015 with a focus on orphan drugs, and was later joined by Austria and Ireland; the Nordic Pharmaceutical Forum, which was launched in 2018; the 2018 Visegrad’s Fair & Affordable Pricing Initiative; and the group associated with the 2017 Valletta Declaration, which was composed by the Mediterranean countries and Croatia, Ireland, Romania and Slovenia as well as France (as an observer). The greatest results in terms of pricing and procurement were obtained through two of these initiatives: the BeNeLuxA Initiative, with two joint procurement programs (the lumacaftor-ivacaftor combination and nusinersen), and the Nordic Pharmaceutical Forum, with an informal partnership between Member States (led by Denmark) aimed at obtaining some drug formulas at a low cost, which was not just intended to lower their prices but rather to ensure their procurement. Anyhow, these are very limited initiatives that require mutually advantageous conditions for both payers and companies; the participating countries also need to share a vision around what constitutes a consistent value-cost relationship for the drugs in question.

Could the methods developed during the EUnetHTA partnership project lead to greater collaboration also around the pricing of drug and medical devices at the European level?

The EUnetHTA has a long history behind it. It started in 2006 as a European project that turned into a Partnership and later on into a three-phase Joint Action- the last phase took place between 2016 and 2020 (and was deferred to 2021). The EUnetHTA created important procedural documents and assessment formats such as the Core Model for the Health Technology Assessment and the guidelines the Rapid Collaborative Review of drugs. Additionally, it implemented different activities such as Early Dialogue and Joint Assessment initiatives. The last report on the actual use by Member States of the EUnetHTA assessment was published in July 2020 and it highlighted that the introduction of the assessment had quite a limited impact. Whenever a partnership approach displays its limitations you are prompted to move to a binding agreement- in this case the compulsory adoption of joint clinical assessments. I don’t know how- and if- the EUnetHTA will carry on in the future. If the European Parliament will approve the regulatory proposal then the joint clinical assessment should become compulsory (following a set period) and the EUnetHTA could maintain a marginal and complementary role as a partnership network for other fronts.

Will making the EUnetHTA joint assessments compulsory solve the issue around their limited use?

Partially, given its compulsory nature. I expect the European joint assessment to provide clear guidelines around reading clinical data, the validity of endpoints, the duration of the studies, the legitimacy of indirect comparisons, etc. However, Member States will still have full autonomy around the use of such data in the pricing and reimbursement negotiations (for example, they can decide whether they want to establish a ranking for the added therapeutic value as the basis to apply a premium price or integrate the clinical benefits in the incremental cost-effectiveness relationship in order to assess the consistency with the relative pricing). Nevertheless, at least the assessments of clinical studies would not be duplicated (nationally, regionally or locally).

Transparency (and repeatability of decisions) is particularly relevant for the assessment and decision-making process concerning pricing and reimbursement.

Would moving towards a centralised single market guarantee a more fair and transparent pricing negotiation?

As I mentioned initially, I don’t think we will obtain a centralisation of the pricing and reimbursement negotiations concerning drugs and other health technologies. In 2019 the Ministry of Health, led by Giulia Grillo, made a proposal to the World Health Organisation around market transparency for drugs, vaccines and other health technologies, thus the adoption of transparent pricing. The danger is that full transparency of the actual drug pricing would constitute an obstacle for the introduction of and access to new drugs in countries that are less able to pay for these. I actually don’t think it’s totally unfair that whenever countries have the same resources they are asked to pay higher prices, as long as the whole financial burden of off-patent drugs does not rely entirely on countries that can afford to pay higher prices. The important thing is that the drug pricing and reimbursement negotiation is transparent and based on shared clinical data. Transparency, and most importantly, the perception of fairness during the application of eligibility criteria and negotiation processes are very important, especially whenever the outcome of a decision impacts patients’ health. In this sense the same transparency (and repeatability of decisions) that we mentioned in relation to the pricing topic is particularly relevant for the assessment and decision-making process concerning pricing and reimbursement.