At the bottom of the well: when evil comes unexpectedly

Writer and director of the Turin Book Fair 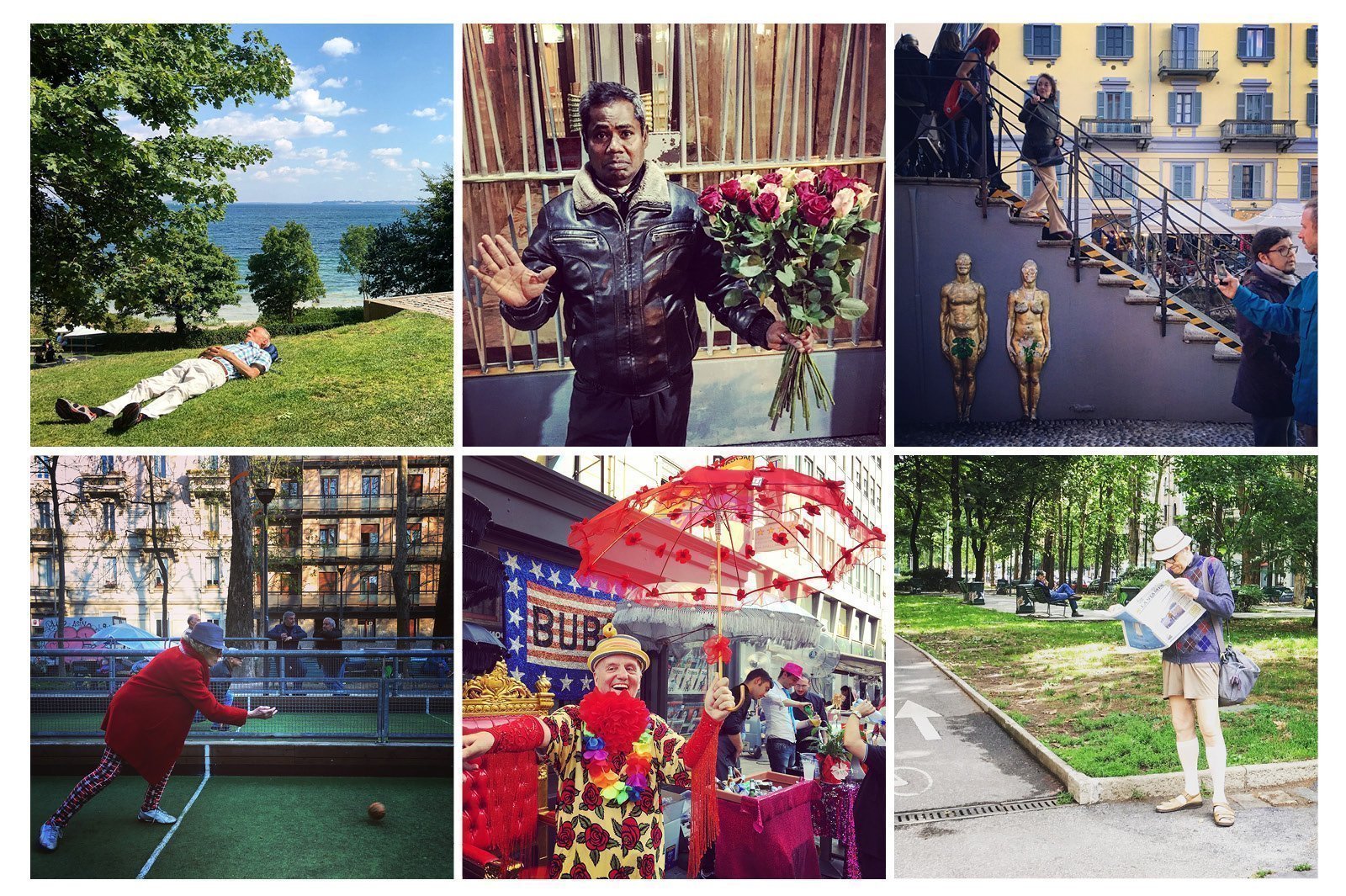 March 2016. Luca Varani’s dead body is found in a flat on the outskirts of Rome. Manuel Foffo and Marco Prato, two “normal” young men from good families, killed him after torturing him for hours while under the influence of alcohol and drugs. 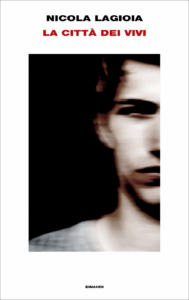 It’s an apparently inexplicable and absurdly ferocious act that deeply upsets the public. In “La città dei vivi” (The city of the living) Nicola Lagioia, winner of the Strega Prize and director of the Turin Book Fair, engages the reader in a tense literary reportage that retraces the steps of this distressing story. Lagioia went around Rome for four years in search of evidence, materials, witnesses and people. His investigation brought him progressively closer to the incomprehensible abyss that imprisons the facts and the individuals involved in this story.

Luca Varani’s murder had a very strong impact on public opinion and it was immediately perceived as a story that stood out from the others. This case impacted people, including you, on a different level. Why is that?

It’s because it was such a violent homicide and it happened in an urban context. The way it was consummated is almost barbaric…after hours and hours of torture. It seems more like the type of homicide that can happen in a warzone, where the rule of law is suspended, than a murder in the city. Additionally, there’s the lack of motive, and the fact that Foffo and Prato were “normal” people, or at least they weren’t criminals. Finally I believe that their struggle to link the murder with the principle of free will also upset people. As for me, though it might be less relevant, the house where it all happened was roughly a twenty-minute motorbike ride away from where I used to live…

Those who want to be persuasive should always be armed with definite answers. Instead literature raises questions and beats about the bush before getting to the answers.

You chose to take a closer look at an inexplicable and tragic story using the tools of storytelling. How difficult was it to attempt to look “at the bottom of the well”, while also considering the limitations associated with this type of investigation?

I believe that when it comes to such big questions the role of literature isn’t to provide answers but to raise the right set of questions. Literature never provides final answers. Understanding the characters of the novels we like is easy; it’s just like reading into the people we spend most of our time with.

The public debate is always assertive and aims to persuade, and those who want to be persuasive should always be armed with definite answers. Instead literature raises questions and beats about the bush before getting to the answers. However, after a certain point it all becomes mystification. I decided to apply two rules: to never venture beyond what I couldn’t evidence and to avoid talking about what I couldn’t identify with. Obviously I didn’t do that because I was ever a murderer but because I try to let the interiority of my characters resonate in mine, which is what I think literature should do. It’s difficult to get past a certain point, due to lack of skills or lack of evidence, but if you work on the story gradually, collect more and more elements and resort to your own emotional baggage, then I think you can make something out of it.

For which character did the self-identification mechanism work best?

A person that’s not difficult to identify with is Manuel Foffo, because he experiences so many frustrations. He feels like the black sheep of the family, has low self worth and doesn’t feel valued enough by others. This is a modern demon that creeps inside almost every one of us. It’s the demon of failure, of not feeling confident or of blaming others for not being able to measure up and rise to the occasion. Manuel Foffo experienced that tendency to struggle with what we think the world demands of us at a pathological level, but we all live in a world that tests our ability to cope with that feeling.

The context of Luca Varani’s homicide is a grim, deadly and almost infernal Rome, surrounded by a cloak of evil, similar to the background of the terrible story you wrote about. The Rome that the pages describe is a setting, a dimension of the being and a sentence for its dwellers altogether. Is there a way to get rid of Rome (saving oneself)?

It’s more likely that Rome would get rid of you than the other way around. Rome is destined to survive past you, in the good and the bad. You sure can flee from Rome. I tried to leave myself but I didn’t manage to free myself from it, because it’s a city that I have an extremely strong bond with, so I came back.

It feels like the city has two sides to it. On one hand it’s cynical, because it feels as though there’s nothing worth doing in Rome, but that cynicism also hides a form of wisdom. The Eternal City knows better than everyone that everything is destined to pass, everything is temporary- particularly glory…so no one can get overconfident.

At times it gives you an overwhelming sense of freedom that other colder and more orderly cities don’t, but then that can become toxic because it’s also a freedom from collective duties. At every street protest I get the feeling that this city contains its counterparts. Lately it’s undoubtedly been going through a phase of decline, but Rome has risen so many other times…

With your book “La Città dei vivi” (The city of the living) you become part of a series of books, the most well known of which is probably Truman Capote’s “In a cold blood”…

The first author to delve into this genre was Meyer Levine that, a few years before “In a cold blood”, wrote “Compulsion”, inspiring Hitchcock’s movie “Rope Unleashed”- beautiful by the way. It was about specific cases of homicide. Generally Italy seems to have a pretty old and deep-rooted tradition around utilising literature to investigate reality. Middle class novels did not develop in the same way as in France and England because there wasn’t a stable middle class. However, Italy tends to create these hybrid forms that seem very suitable: Carlo Levi, Primo Levi, some of Anna Maria Ortese’s stories in “Il mare non bagna Napoli” (The sea doesn’t reach Naples), Sciascia- when he wrote “La scomparsa di Majorana” (Majorana’s disappearance)- Saviano- the author of “Gomorra”- Veronesi’s “Superalbo”…and the list goes on. They investigate something other than a murder but they are all part of a similar pattern that’s present in Italy.

There is a considerable change if we compare the writing styles of “La ferocia” (Fierceness), your previous novel, with “La città dei vivi” (The city of the living). Was it complicated to deconstruct a language that was so literarily elaborate in order to get closer to chronicles?

No, it wasn’t complicated. I needed a language that was simple but also able to evoke a certain level of complexity at the same time. Some uses of the language are very good for invention because they tend to create instead of remaining stuck on evidences. The fact that it was a true story helped me in that I couldn’t play too much with words and I avoided saying something incorrect.

Among the many themes that you used to approach the story and search for an explanation, the relationship between the sons and the parents of the characters also comes into play. At times it seems like the abyss separating Foffo, Prato and Varani from the previous generations makes what happened even less comprehensible…

I don’t like sociological explanations because they have nothing to do with literature…but to stay on the subject, by definition youngsters feel excluded from the world of adults. However, while for many decades they’ve been feeling as though their future lied in their hands- due to a historical conjuncture that has ended- now instead they feel that they won’t have a future at all. That conflict with other generations used to be accompanied by a very strong awareness that they would survive, but now there is a feeling that the world will never belong to them, and this leads to a different type of reaction.

The layer of ice that separates us from that bestiality and submersed violence is very thin and it’s not that hard to fall back into it.

The novel describes the theme of Varani’s case, this intrusion of evil into reality, with a quality that’s almost metaphysical and difficult to grasp. It seems to transcend the characters of the story, just like a sort of possession or a virus…

Yes, evil can be contagious. The two young men did indeed experience a form of psychological contagiousness. They encouraged one another and at some point they put into motion a sort of psychological escalation that they didn’t manage to stop. Evil, in terms of possession, also consists of a dynamic where we don’t have control. However, we also inherit some evil in our genetic makeup- the predisposition to prevaricate and be violent has been protecting the survival of our species for a long time. It was useful to hunt and escape or to fight off predatory attacks. Once we developed our civilisation we didn’t need this instinct to survive as much as we did before, but it stayed with us- it stayed in us. It’s a bit like the sense of disorientation that we get when we find ourselves in a treeless valley; our ancient memory as preys re-emerges. The layer of ice that separates us from that bestiality and submersed violence is very thin and it’s not that hard to fall back into it…

We differentiate ourselves through others and we recognise a part of our own self in them.

Does the presence of this really thin layer mean that we all potentially become like Foffo and Prato?

No, it doesn’t. It means that we all have a violent instinct and that we must train ourselves to keep it at bay. Foffo and Prato trained very little in that regard simply because their tendency isn’t to work much on creating their own identity. Their identities are weak and fragile; they continually check themselves in the mirror. We don’t get to know ourselves through the mirror but through others. We differentiate ourselves through others and we recognise a part of our own self in them. If we identify the other person as equally human then we are going to respect him and won’t kill him… Prato and Foffo’s culpability lies in their weakness, intended as their weak identity, which means not being rigid. In this case the opposite of weak is “stable”, not being “rigid”. Those who often change identity for artistic reasons are a demonstration of this. David Bowie could have a thousand different faces but he kept a great sense of balance, managing his own developing humanity.

The discontinuity and the rupture that lead to violence take place when we succumb to those hidden instabilities that we have been carrying inside our genetic makeup, when the ice thins out too much…