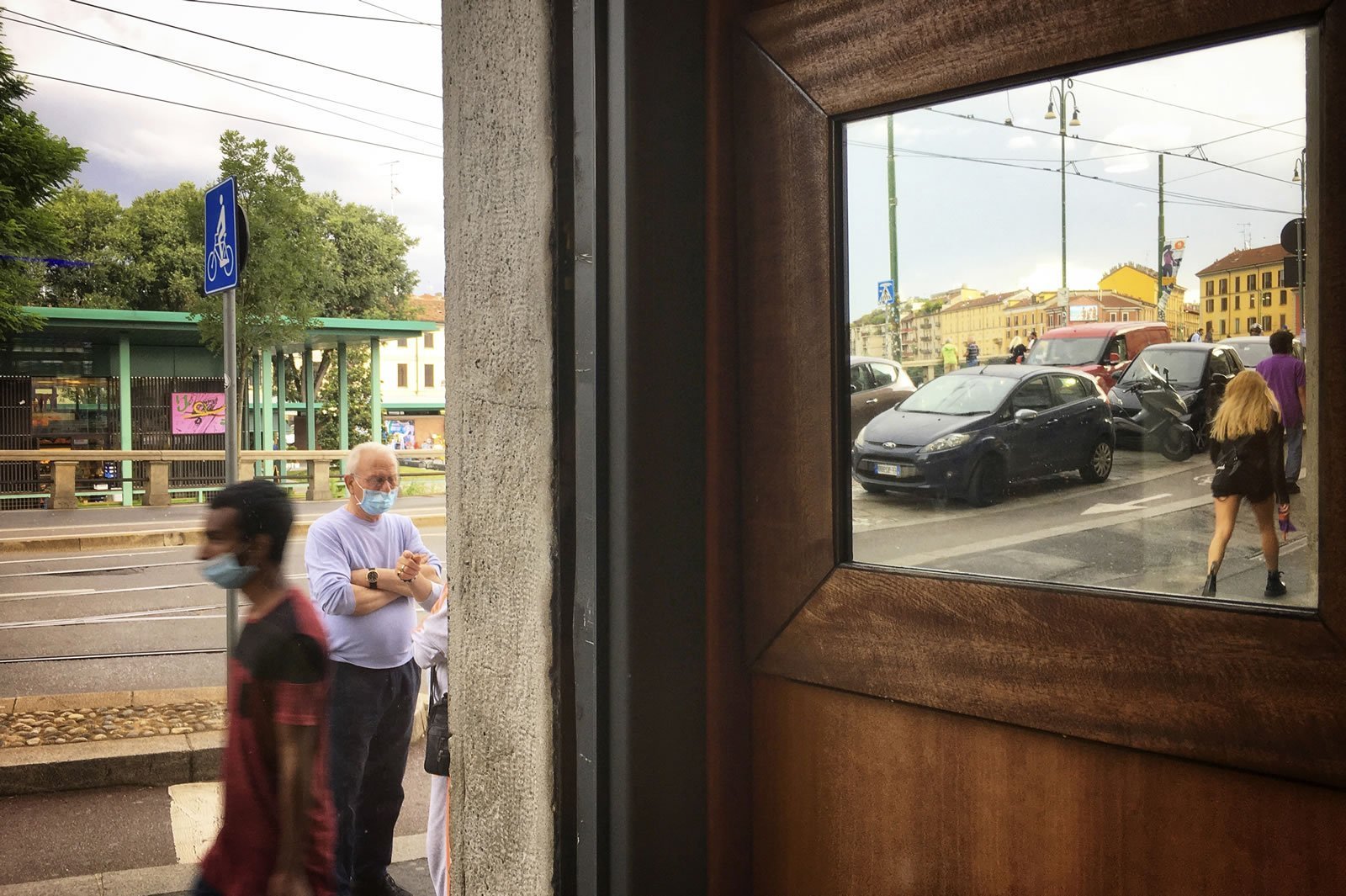 The social dimension of health is where a balance is constantly struck between the needs of individuals and the needs of the community- in other words, the balance between the private and the public sectors, between the specific aspects of individual conditions and treatments and the bigger picture of the protection of the community and its safety from the threat of diseases. This is becoming more and more a financial space and consequently it is also inhabited by financial elements- whether individual or collective- those that view health as an opportunity to operate elsewhere and those that directly provide goods and healthcare services.

In many cases the collaboration between the public and the private healthcare sectors can be beneficial to both, but sometimes what might happen is that interests clash, that guaranteeing individual needs puts the community at risk or even that interventions meant to protect the interests of specific people turn out to damage those same people. An example of these are the screening for prostate tumour, which increases the number of useless and potentially damaging interventions, the use of antibiotics for upper respiratory tract infections, that cure the condition but facilitate the selection of antibiotic resistant bacteria, and the indiscriminate use of bone densitometry that often transforms the normal physiological processes of ageing into illnesses.

Amid the complex development of the healthcare systems the observer will always see the prevalent balance as more or less acceptable, depending on the indicators chosen to measure it and the ideal preferences utilised to read these indicators. This is not a spontaneous balance; it is the product of decisions, of the ability to persuade and of the power of those interests that inevitably and rightfully contribute to its creation.

The weight of words

It would be a mistake to consider this dialectic between the public and the private dimensions of health as a “proprietary” dualism: on one hand there is the healthcare managed by institutions that represent the interest of the community and on the other the healthcare managed by entrepreneurs to defend individual interests in all their forms. It is not that simple because the so-called public management widely utilises private providers and private healthcare is inextricably intertwined and integrated with the public counterpart, which it largely depends on, and also because the tensions between the individual and the collective dimensions of health are spread throughout both sectors regardless of the legal nature of the service providers.

It would be a mistake to consider this dialectic between the public and the private dimensions of health as a “proprietary” dualism.

The abovementioned balance concerns the whole system, its logics and priorities, and its way of viewing its role and relationship with citizens. It is difficult to be neutral when assessing and expressing a valid opinion on that balance. The use of the term ‘citizen’ itself, though seemingly impartial, actually represents an optimal choice: the preference for a market logic that views health as a good that can be purchased would indeed suggest the use of the term “client”, while a dirigisme or a paternalistic approach would favour the passive term “user”. On the contrary, the citizens are active owners of their rights, both individually and collectively, and the potential contradiction between these two types of rights is intrinsic to citizenship. Figure 1. Public health expenditure as a proportion of the GDP since 2000. In the first decade, expenditure increased to € 113.1 billion in 2010, an increase of 66 percent compared to 2000. The ratio between expenditure and GDP rose from 5.5 to 6.6 per cent in 2006 and to 7.1 per cent in 2009, and then decreased with the maneuvers to contain health expenditure launched between 2011 and 2013. Source : Observatory on Italian public accounts, Ministry of Economy and Finance.

As for the public healthcare expenditure, when a catastrophic reduction in funding to the National Healthcare Service (Figure 1) took place, some components of the expenditure not only were not reduced but actually continued to increase, even after 2008 (Figure 2). 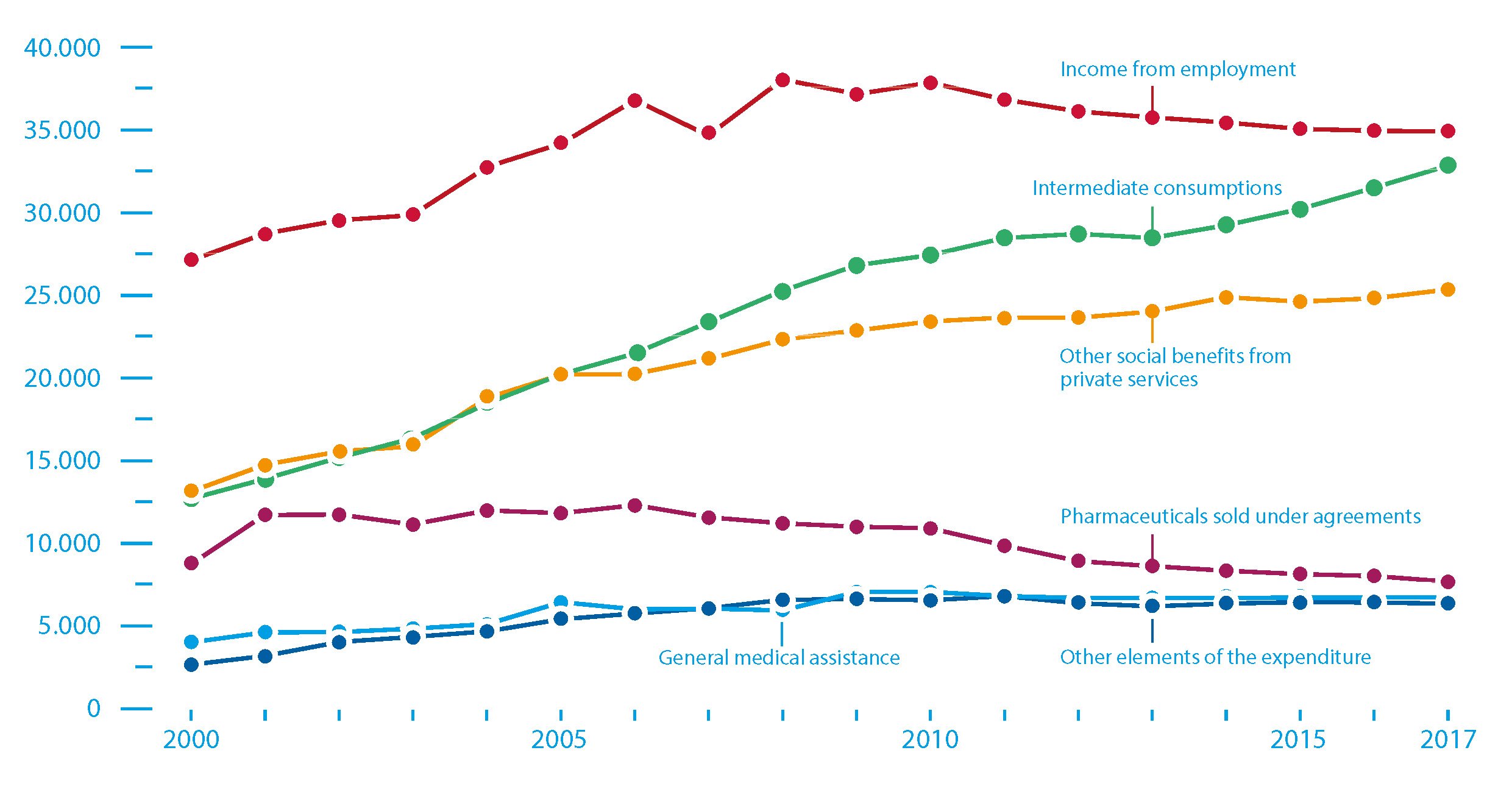 Figure 2. Trends of the spending aggregates of public healthcare (euro). The different effects of the process of containing public health expenditure with respect to the individual components that make it up. Source: Ministry of Economy and Finance.

There are only two spending aggregates of public healthcare that have kept growing even after 2008: the “intermediate consumptions” and the “other social benefits from private services”. These spending aggregates include the majority of payments to external contractors and service providers.

While salaries decreased in absolute terms from 38 to 35 billion euros, the intermediate consumptions increased from 25 to 34 billions and the other benefits increased from 22 to 25 billions. While searching for greater operational efficiency the public healthcare system seems to have chosen delegating to external providers.

However, the citizens’ spending- direct and intermediated- towards private healthcare services keeps on growing too, both in absolute terms, from 34 to 46 billion euros, and at a fixed rate (roughly 20%) after 2008.

From health needs to decisions

Funding is directed towards private services, but what happens to health? Are we facing another success? How can we measure it?

When it comes to health the situation seems to be really multifaceted. It might be interesting to include the effects of SARS-Cov-2 in this analysis but that would certainly be unfair. Furthermore, it is not really easy to interpret coherently the data- still incomplete- that concerns an entirely new and ever developing epidemic. Perhaps it would be more useful to assess pathologies that are consolidated in terms of their definition and of our understanding of them, such as infarction and psychiatric conditions, which can be considered epitomes of two almost opposite illnesses. On one hand there is an acute condition that demands skills and professional competence to go hand in hand; it requires a great technological commitment, adequate emergency management and a setting that is specifically equipped for its treatment. On the other hand there is a group of chronic conditions that pervade the daily life of their sufferers, where acute events are complications and where the patient needs attention, care and services even before- often minimal- technological input, drugs in the majority of cases, which help patients reach better health outcomes.

How does the balance amongst the various interests and the way it is achieved during this operational phase of the healthcare system ensure the health of individuals, defend the community and become the collective protection of a right?

The health data on the Lazio region obtained from the Department of Epidemiology of the Regional Healthcare Service help to reflect on these topics and to formulate some theories, that might only be partial and provisional but that might also encourage a more in-depth discussion.

When comparing the data of the Lazio region on mortality linked to infarction and psychiatric conditions in the five-year period that precedes the reduction of funding and the increased use of external services and privatisation (2008-2012) with the following five-year period (2013-2017) we can see two radically different contexts. In fact, in the case of myocardial infarction there is a significant reduction in mortality across all the healthcare services of the region; in the case of psychiatric conditions there is a widespread increase in mortality, but this also happens with other chronic conditions such as diabetes.

In the former case there was a good integration between public and private interests, despite the reduction of available resources; in the latter scenario a balance could not be struck and the worsening individual outcomes turned into a public healthcare issue.

What determined this outcome?

In the case of infarction the outcome was at least partly determined by the availability of new and effective technologies, but also partly by the good combination of scientific, economic and professional interests. The individual interests of patients turned out to be influential and vocal enough to be heard and to contribute to the search of effective solutions, and in many cases also towards the cost-effective allocation of resources. The public sector, which should act as an agency on behalf of the community, had the simple task to accommodate the already agreed consensus but also the- less simple- responsibility to contain the expenses based on the resources available. In the case of mental health conditions the front was very different; the professional input and the economic interests were weaker, the patients’ voices were quite or even silenced and their interests were marginal.
In this different context it was evident that the organisational role of public healthcare was very weak and that it lacked the independent ability to assess needs in a way that would reflect on its operations. Unfortunately the balance that resulted from this was the worsening health conditions of a vulnerable population group and in this case the association with Covid-19 is purely casual.

The individual interests and the private dimensions of the healthcare systems represent a foundational and indispensable part of the issue of how to guarantee health for all individuals and all communities.

The individual interests and the private dimensions of the healthcare systems- and all their features- represent a foundational and indispensable part of the issue of how to guarantee health for all individuals and all communities. Success or failure in this regard depends on the ability of an instance to assess, evaluate and govern regardless of its title, and on whether it can find a good balance between these stresses and the defence of a collective interest in public health.