The “access to healthcare” crisis, the distance between patient and physician, amid service provision and health needs 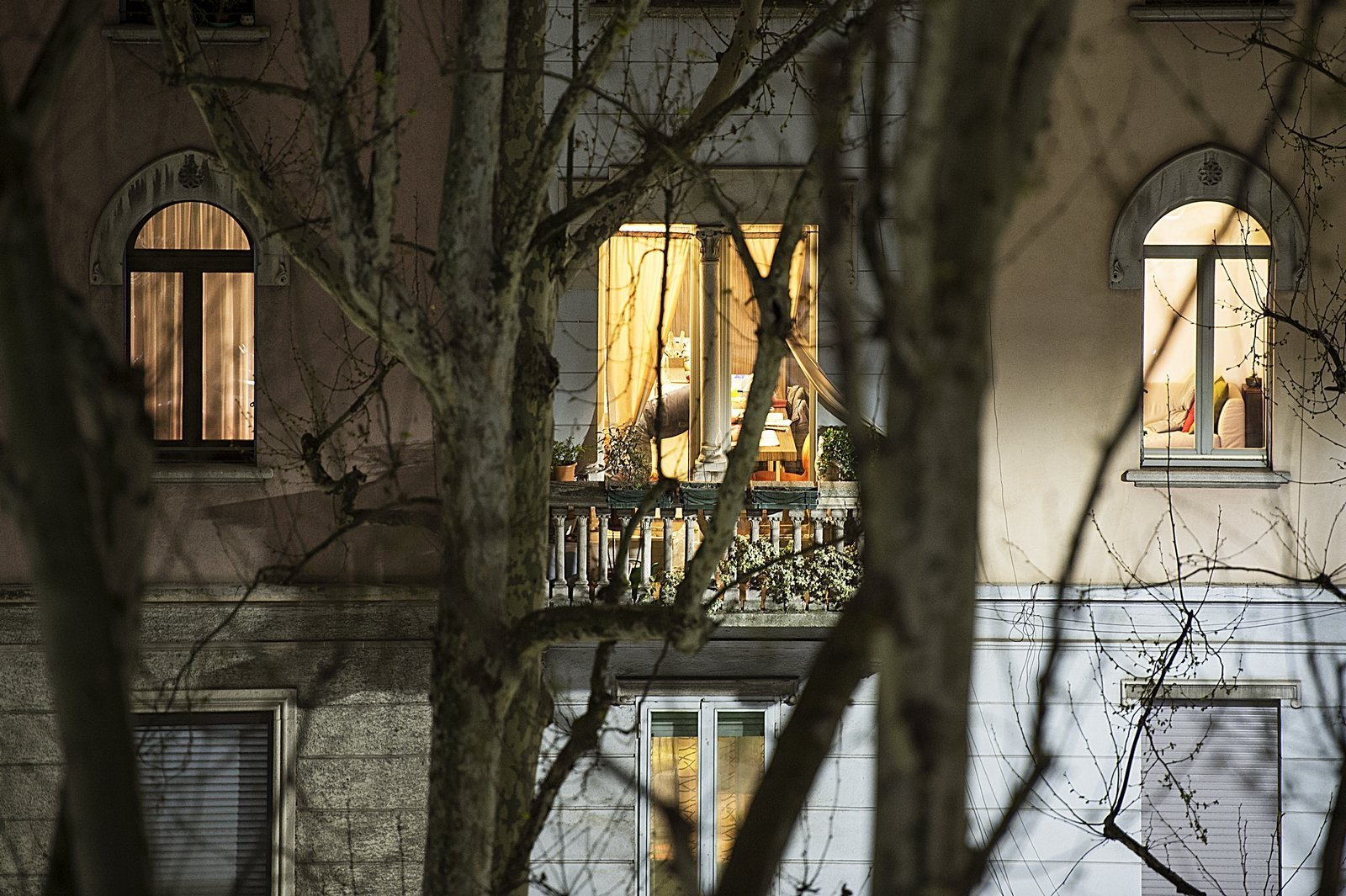 “Up till now our country has never had to face a demand for healthcare services that was such to induce the rapid exhaustion of the resources needed to overcome it. The drama that unfolded in intensive care units was around not being able to assist every patient in need”.

Covid-19 significantly challenged physicians with difficult decisions around rationing healthcare interventions. What was the response of the Italian Society of Anaesthesia, Analgesia, Resuscitation and Intensive Care (SIAARTI)?

The anaesthetists and resuscitation specialists immediately suffered the tragic consequences of the imbalance between the patients’ demand for assistance and the resources actually available to help them. Our scientific society, the SIAARTI, received a call for help from the colleagues working at the epicentre of the infection because they were forced to make- as they defined them- tragic decisions in their wards. Accordingly, we formulated the “Clinical ethics recommendations” [1] so that the decisions could be homogeneous, appropriate and shared, to accompany clinicians, sparing them the significant emotional distress that came with those decisions. No one should ever find themselves in a situation where they have to deny a patient a treatment so that it can be given to someone else because there is only enough for one person. This is the ethical tragedy that we had to face. Finally, the goal of the SIAARTI was also to educate citizens on the nature of the problem, what was happening and the solutions proposed by the ethics recommendations. Essentially it explained what could be done in that context, with a commitment to transparency and a responsibility toward the population.

What are the basic ethics principles?

This exceptional scenario, characterised by an imbalance between the demand and the offer of intensive care, might require the usual criteria for access, like clinical appropriateness (type/severity of the illness, impairment of organs/systems and degree of reversibility, comorbidities) and ethical proportionality (consent, advanced healthcare directives, shared care plan) as well as criteria inspired by a shared principle of fair distribution and appropriate allocation of the limited healthcare resources. In a context of significant shortage of healthcare resources the aim should be to guarantee care treatments, in our case intensive and sub-intensive care, for the patients with the greater chances of therapeutic success: it is about prioritising “the greater life expectancy”. This means not necessarily following a “first come, first served” criteria for access. Naturally the use of the rationing criteria is only justifiable after each professional involved has exhausted every alternative to increase the availability of resources and after the options to transfer the patient to other centres have been explored.

Based on what criteria does a patient have the best probability of success?

Our recommendations proposed the greater life expectancy as the main criterion for access to treatments. In this scenario the patients who would be prioritised were those with the greatest chance of future survival, thus factors like age and the potential presence of comorbidities were really crucial. On the other hand, the data by the National Institute of Health (ISS) concerning the 31.096 who had died as of 21 May [2] suggests that 85% of them were older than 70 and that 81% of cases presented 2 or 3 comorbidities, which confirms the data- already evident since the start of the epidemic- around the higher mortality recorded in older patients affected by comorbidity, with or without intensive care treatments. The criteria adopted following the SIAARTI recommendations did no more than take into account the epidemiological and demographic trends that were already known.

Could we have foreseen it?

The fact that Covid-19 had a greater impact on older people and those suffering with chronic illnesses was to be expected, for two reasons. Firstly, elderly people with comorbidities are automatically considered “frail”, thus more exposed to any risk of infection. Secondly, the first statistically significant data published at the beginning of February by the Chinese Centre for the Control and Prevention of Diseases [3] strongly confirmed this. Another tragic confirmation emerged when it became clear that the most affected centres in terms of number of infections and deaths were the nursing homes (RSAs). An ISS survey conducted between 25 March and 14 April informed that in the Lombard RSAs- the most numerous in Italy (678), thus hosting the largest amount of elderly residents (23.594)- the number of deceased who tested positive to Covid-19 added to the number of symptomatic ones was 3.045, which constituted 45% of all deaths recorded in Italian RSAs with the same cause [4]. Moreover, hospitals transferred patients who became stable in RSAs for their recovery while they could still infect other people; this created fatal loops between the hospital and the territory. Many of these patients never even got to the hospital.

Did the “fundamental” decisions made by the healthcare system have a role?

The word epidemic literally means “upon the population”. Therefore an epidemic is an issue that concerns the whole society at the same time and in the same place, and it is primarily a public health issue. That is why fighting an epidemic only in hospitals or intensive care units is a suicide mission. The question to ask is, “Could it have been different?” In order to answer we need to take a step back and explain a few things.

In Italy, during the last decades, especially after regions were given authority to self-manage their healthcare systems [5], what emerged were healthcare systems that differed from region to region and that provided varying levels of quality of assistance, with significant disparities. These different systems, particularly in the north, have been organised following more and more the prospect of a liberal economy and turned into a “medical industry” that faced a progressive privatisation [6]. In the meantime the per capita health expenditure progressively reduced taking Italy to the level of Eastern European countries. Essentially many items that are part of healthcare expenditures were considered “unproductive”. Little by little the entire National Health Service was transformed into a system that has substituted its main institutional objective- recognising, identifying and satisfying the health needs of the sick person- with a system of “remuneration for services”, where the “production” of clinical diagnosis and care activities is provided based on the most convenient price for the “producer” and the “buyer”. This transformation process caused, particularly in Lombardy but in other areas as well, a constant marginalisation of the role of local medical services in the territory, particularly their monitoring and prevention roles, that belong to the public healthcare sphere. Healthcare assistance was then pooled into hospitals or large private centres that were indeed transformed into “producers of services”.

What is meant by “health needs”?

The World Health Organisation links the state of health with physical, mental and social wellbeing. Clearly the state of health of an individual is affected by environmental and behavioural factors, that in turn both depend on the degree of socioeconomic development of the person and of the society they live in, on the degree of development of the available healthcare services and on their overall organisation and vision. It becomes evident that “satisfying a health need” means identifying and treating the “clinical” problem but also viewing this in the context we just described, which in turns relates to what we generally call “quality of life”. The “health/illness” issue then becomes a larger problem, which requires a much more complex response than a simple service provision.

What were the consequences?

Only by thinking about this organisational model you can appreciate why the alarms raised at the beginning of January by the European Centre for the Control and Prevention of Diseases (ECDC) were not listened to [7]; you can appreciate why the necessary measures for a correct and effective prevention of the risk of uncontrolled infection spread were not adopted in a timely manner. You can also appreciate why the only response that the system could manage to organise, with all the other limitations tragically added on top of the epidemic issue, was a response relying solely on the hospitals, without elaborating an articulated strategy for the facilities of the territory.

Therefore, between the second half of December 2019 and the first days of January 2020, when the diagnosis of interstitial pneumonitis in the Lombard towns dramatically increased, there were no epidemiological facilities that could collect these data and raise an alarm until 20 February. On this date an anaesthetist at the hospital of Codogno diagnosed a 38-year old man with interstitial pneumonitis caused by coronavirus, formally the first Italian case and the official start of the epidemic. From that point onward the Lombard hospitals became the only point of reference for Covid-19 patients, paradoxically turning into a source of infection themselves [8-9]. The issue around the reduction and then exhaustion of the intensive care resources emerged at the same time; this tragically characterised the healthcare situation of the Lombardy region and other Italian northern regions.

In summary, the impact of the epidemic was magnified due to the organisational model of the healthcare system. Inevitably this led to a phenomenon that transversally involved the entire population in what a military strategist would define as “the most disadvantageous battlefield”. There is an organisational rationale behind the choice of the healthcare system to favour this phenomenon. The risk of this epidemic resurfacing is concrete and if the strategy will remain unchanged we will face another crisis.

Another document published by the SIAARTI concerns the communication with the patients and their families during the Covid-19 period [10]. Communication can be considered a “care activity” as well. Given that this was lacking what were the consequences?

The SIAARTI and the Italian anaesthetists and resuscitation specialists are aware of how important it is to communicate with patients and their families during the care process. Over time this awareness turned into a reflection that was also expressed in previous recommendations reports and dedicated training courses. During this epidemic communications became difficult due to the need to keep social distancing between patients and their families and to wear personal protection equipment that makes communication, especially with non-verbal cues, almost impossible. In several cases the result was the emergence of a dramatic sense of psychological discomfort, anxiety and fear experienced by patients and their loved ones. We all read or listened to testimonies of people that learned late about the death of a loved one, without the opportunity to truly elaborate the grief through the comfort of dialogue or by being able to walk with them through the last phase of their life. The health workers suffered severe forms of psychological distress as well, due to the inability to communicate adequately with the patients and their loved ones, but also with their own families. We felt it was our responsibility to respond to these tragedies as well.