The two paradoxes of the social distancing concept 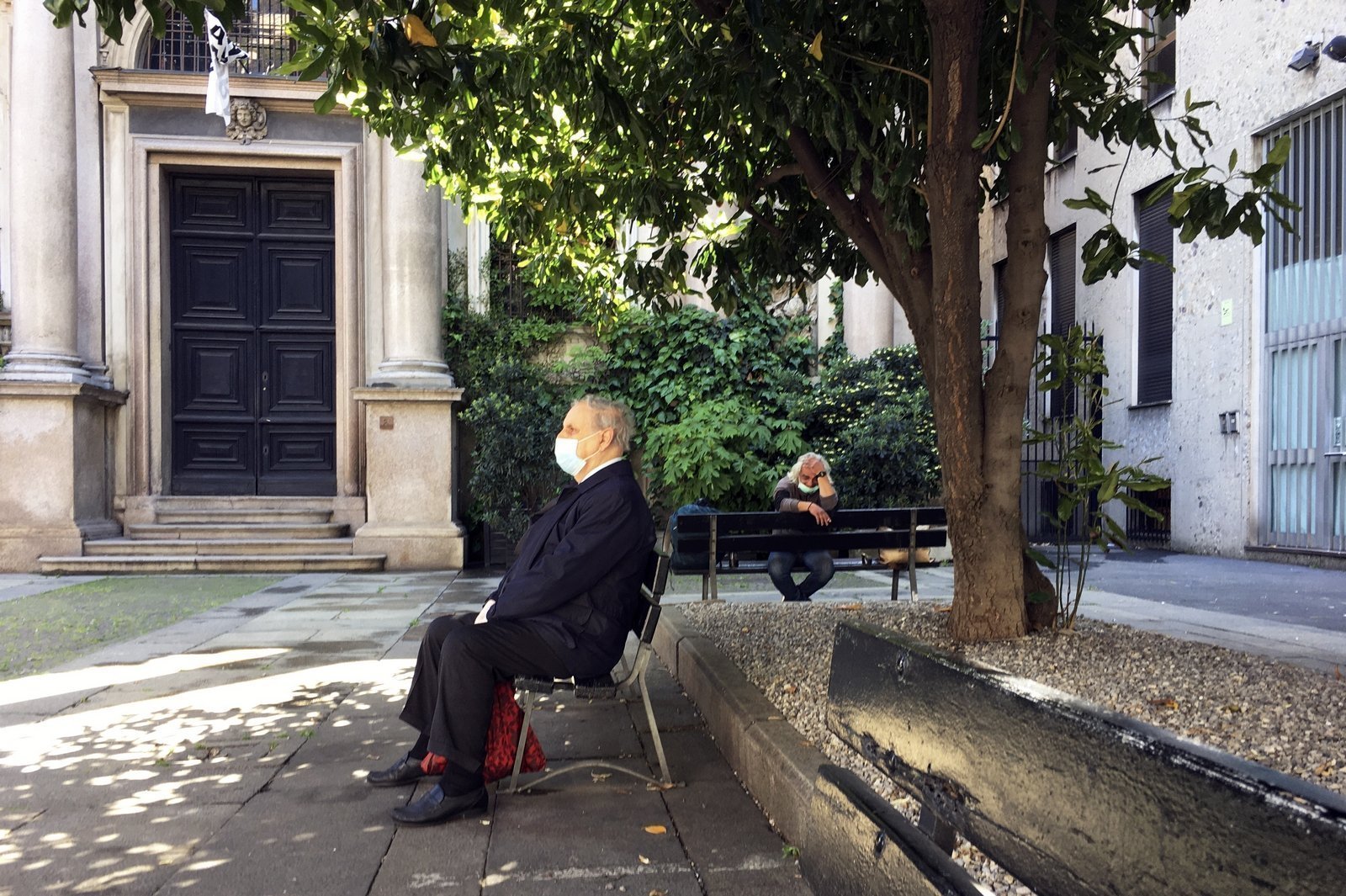 Without doubt one of the most utilised terms during phase 1 of the pandemic, which also characterises phase 2- although less strongly- is “social distance”, meaning the need to maintain a distance from other people in order to lower the reproduction rate of the infection, the well-known R0 parameter.

The concept of social distancing, meant as a reduction of contacts, is a non-pharmacological technical concept in epidemiology. It is about limiting situations of physical proximity between people in order to reduce the likelihood of infection and to control the spread of a contagious disease. From a theoretical standpoint the concept is rather intuitive, if you come in contact with less people there are less chances of infecting or getting infected. At the start of the pandemic, even though this concept is simple to understand it was rather difficult to justify, because- as we could personally experience- it significantly reduces people’s freedom of movement. This situation gave rise to a truly new subgenre of journalism that was very popular during the months of lockdown. We could define it as an “exegesis of social distancing”, with articles attempting to explain the scientific rationale behind it and also the need to get familiar with a counterintuitive concept that clashed with the common sense of everyday life.

In March the Washington Post published an article entitled “Why outbreaks like coronavirus spread exponentially, and how to flatten the curve” [1], in which a simple graphic simulation of a fictitious disease called “simulitis” illustrates how a situation of uncontrolled social contact would lead to an exponential growth of the contagion. The article also introduced the “flattening the curve” concept, which means reducing the number of infections to avoid overwhelming the intensive care units of hospitals. The article- also renamed “corona simulator”- was so effective that it became one of the most read online articles of the Washington Post and the newspaper even had it translated in different languages (including Italian).

The concept of social distancing is deeply ambiguous in terms of linguistics, in fact we insist on linking the term distance to the social aspect of the word.

If we pay attention to the social dynamics that unfolded during phase 1, which aimed to try and avoid the spread of the infection, physical distancing took place more than social distancing. Essentially we limited our physical contact with people while maintaining social contact through the opportunities provided by digital and social media.

This logic leads us to the following observation: why do we use the term social distancing when it is actually physical distancing? Because epidemiology is a 19th-century discipline.

During the 19th century social closeness implied physical closeness. In order to interact with people you had to be physically present in the same space-time of the person you were interacting with.

We became used to the opportunity to interact with people even in their physical absence. In the 20th century we used letters and the telephone and then in the 21st century Internet and social media. Basically the 21st century decoupled the relationship between physical space and social interaction, a true dogma of 19th-century social sciences (from which epidemiology inherited part of its vocabulary). In the 21st century social distance does not exist unless it is an explicit choice of the individual and (as we learned, sadly) physical distance is a very real option.

This takes us to the second paradox: social media are an instrument for intentional social connection.

The message was repeated in every possible way through ads (“far yet close”) and our everyday activities during phase 1 really empathised it: social media has enabled us to stay in contact with one another. There was an explosion of experiments of alternative sociality in a context of forced reclusion: cocktail hours on Skype, birthdays celebrated online, school and university lessons happening remotely, Facebook events on live streaming. Even television programs had to discover and introduce streaming as an element of their work as they could not physically invite their guest speakers to the recording studio. Everyone eventually realised something: it is not true that social media are means of social isolation.

In fact this a typical comment for a journalism not very familiar with the use of Internet or for those with a superficial view of teenagers- young adults with their heads always bent down on their phone, immersed in either Instagram, TikTok or Fortnite. The social scientists that study digital media have known this for a while: social media are the most powerful instrument to express sociality online. It is relevant to note that the language of social sciences defines platforms like Facebook or LinkedIn as social networking sites [2]. Therefore something seemingly counterintuitive for a certain type of public opinion is absolutely obvious for those who have been studying these things for a while.

Shifting- willing or unwillingly- to an online society made it much easier to socially disconnect. If I have a technical tool that allows me to manage my social contacts I will also be able to take advantage of its functions to limit, restrict or avoid these same social contacts. Thanks to the technological opportunities that social platforms allow I will build a hierarchy of digital social relationships with people, some of which I will be looking forward to meet in person at the end of the forced isolation period and others that I will be careful not to meet at all.

Essentially all contacts I have on Facebook are called friends. Some are real and deep relationships with friends that I’m struggling to be physically away from- relatives, friends and loved ones- while others are part of my circle of relationships- acquaintances, professional contacts- that Facebook allows me to maintain a “low intensity” contact with, meaning without having to deal with the implications of a closer relationship. A sign that social connections have become more efficient and with less emotional implications is the phenomenon of ghosting [3]. This is the progressive disappearance from the life of a person and it takes place through the lack of interaction in digital platforms, for example no longer putting likes on Facebook posts, not replying to messages on WhatsApp and so on.

Our upcoming use of social spaces is taking shape during this phase 2. Essentially, because we have to limit our social contacts, we will be using the allowed opportunities for face-to-face meet-ups with parsimony and we will invest only in those relationships that are really worth the effort: relatives, lovers and friends. We will maintain the use of platforms only for those situations where it’s not possible to avoid social contact but we will manage these with a “low intensity” commitment: work meetings, functional social relationships and professional contacts.

Heading toward a new sociality

What the pandemic taught us from a sociological standpoint are the two paradoxes of social relationships.

The first one is the impossibility of social distance. When we hear people talk about “social distance” on TV they actually mean “physical distance”. We are listening to a 19th-century language used in a 20th-century medium within a 21st-century social context.

The second paradox is the use of social network for social disconnection. Digital platforms were born to put us in touch with a much greater number of people than we would ever be able to handle. That is why they make it easier for us to manage relationships that have a value (emotional or relational) for us, with those that do not have such value.

Let’s get ready for a future of online work meetings on streaming, unless our colleagues are also our friends.