Measuring the distance towards care

When care standards are the big missing elements 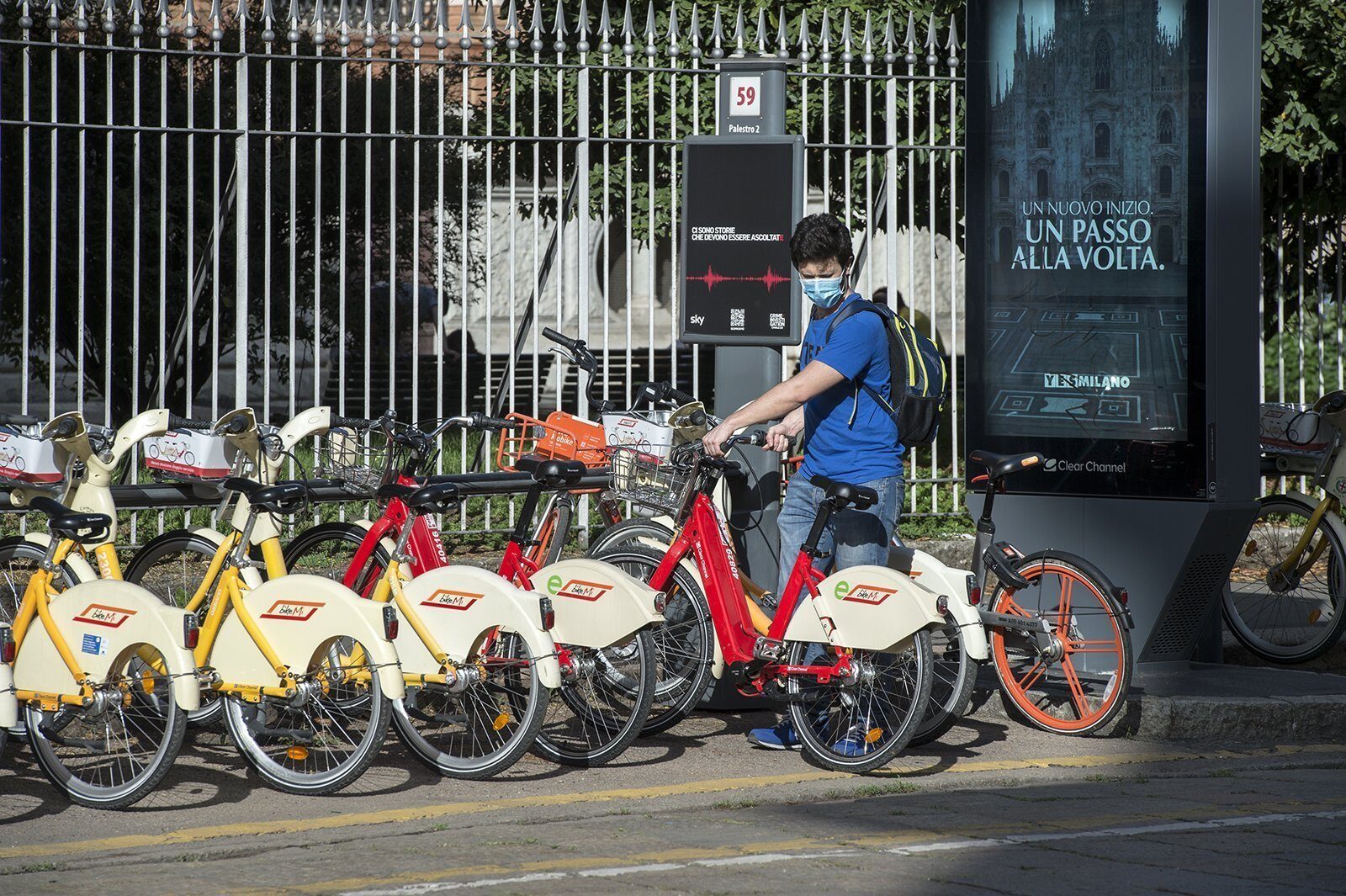 Imagine being in the middle of the ocean and having to choose in which direction to go so you can get back to dry land. There are no points of reference or a compass to rely on and the distance between you and the arrival point is an unknown factor that could put you in serious difficulty. It’s what actually happened during this new pandemic to those who looked for treatments that could help the soaring number of cases crowding hospitals. Moreover, how can we know what treatment works when we’re facing an unknown illness that spreads with the speed of a pandemic? It’s not the first time we’ve encountered a similar scenario. Without looking too far back, during the first SARS epidemic and the resulting crisis, or even more emblematically, during the Ebola virus epidemic, physicians attempted numerous treatment options without finding any clear point of reference or a standard treatment. If we also add the significant background noise of several media and experts to the mix it really becomes difficult to understand what works, what is effective and what is safe. Essentially what turned out to be a recurring scenario (a true constant) was the uncertainty around choosing treatment options.

What turned out to be a recurring scenario was the uncertainty around choosing treatment options.

Coping with this difficult situation means being brave, making choices and always questioning and revaluating them, ideally with the use of multidisciplinary analysis. At times the experimental approaches were fittingly designed with flexible plans that offered multiple parallel treatment options and that allowed to go down different roads and to reassess the superiority of one choice over another in a pre-set timeline.

Another lesson learned from this context was around focusing on the small details and having the patience to start rebuilding one’s own certainties each day. Information on the impact of the infection and what constituted high or low risk factors could only be collected along the way. Perhaps the distance from bench to bedside (in this case the bedsides of the entire population) has never been so small as in this situation.

Perhaps the distance from bench to bedside (in this case the bedsides of the entire population) has never been so small as in this situation.

In healthcare there are standard treatments that can be used as reference. It’s important to keep track of every single piece of data to better assess the road lying ahead of us, and to do this methodologically. For this reason it’s now crucial to collect and summarise all the evidence around the efficacy and safety [1] of treatments emerging along the way. In this context the Department of Epidemiology decided to regularly monitor the scientific literature published on the main biomedical databases and to collect data from all randomised controlled trials, assessing the risk of data misrepresentation and extracting information from the conclusions of the studies. In order to do this it was decided to monitor the ongoing research studies published in the registry of the Cochrane group and the Italian medicines agency, and in the digital archives of Embase and Medline. The collection of data also includes research studies that were not yet published. All data are then analysed and assessed using the Grade method, which consists of summary tables displaying the available results and assessing the reliability/certainty of data for each outcome. The results are summarised in a meta-analysis “network”, whenever possible, thus allowing the combination of the data obtained by studies that answer the same clinical question. 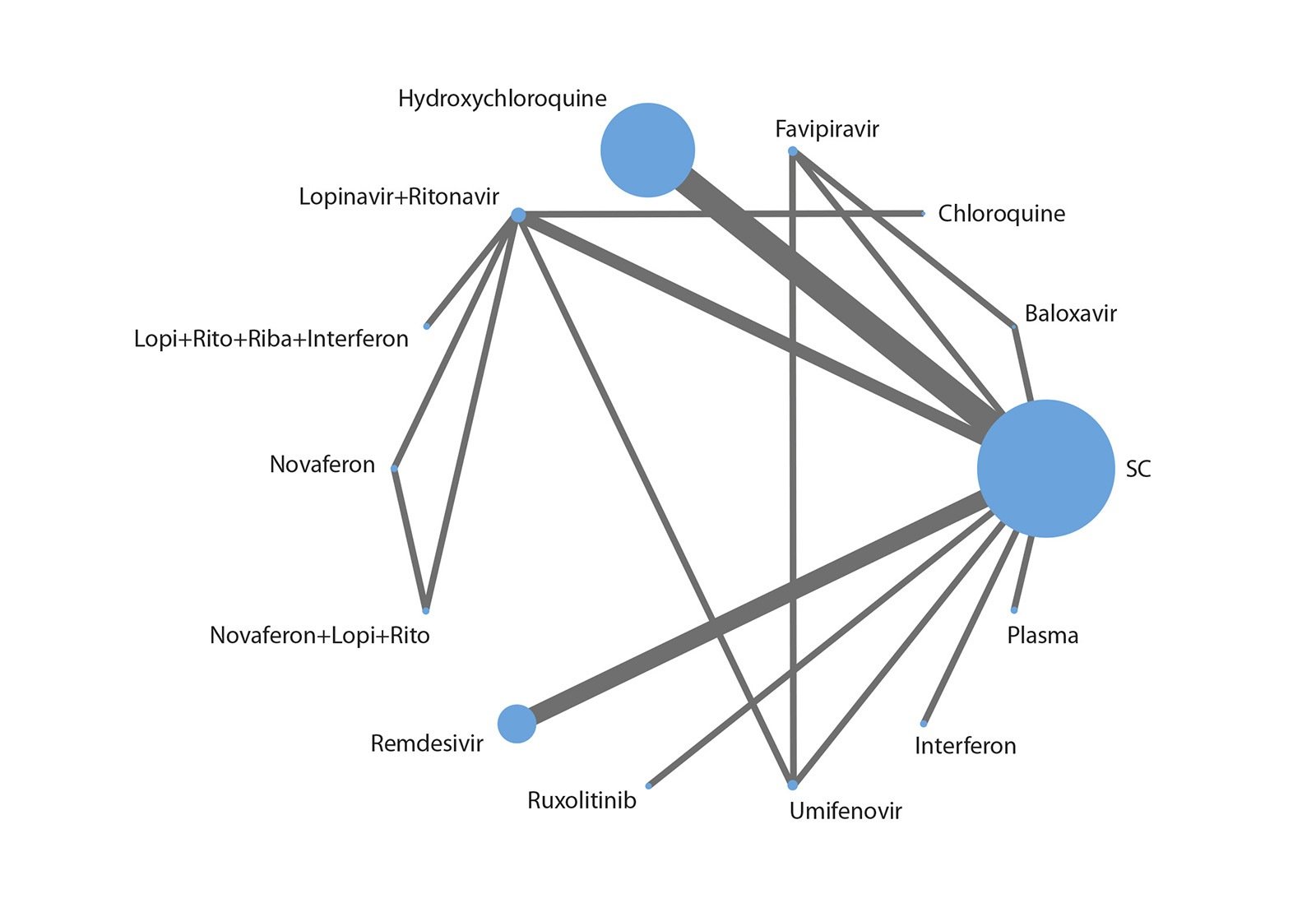 The meta-analysis network
The metaanalysis allows to combine the results of randomized controlled trials (rct) that reply to the same clinical question: the answer to the question, in the presence of more rct, must consider the various results and their possible variability. Metanalysis, through the calculation of the weighted average of the various results, allows to obtain a single estimate of the comparative effectiveness of the treatments compared. The network metanalisi allows to consider also the indirect evidence that can derive from studies that compare treatments individually with another intervention. The methodology is complex and requires advanced statistical skills. The method is based on assumptions (homogeneity, similarity and consistency) that are often not easy to verify and the reliability of the results and associated with the methodological rigor placed in the whole process of systematic review. In the graph the thickness of the lines indicates the number of studies.

Another element that is helpful to consider is how the concept of standard treatment took on different meanings depending on the emergency phase. Following a publication by the Italian medicines agency around the assessment process of proposed clinical trials for the treatment of Covid-19, what the proposals presented as standard treatment changed over the span of a few weeks. In fact during the initial phase it was necessary to put in order the numerous proposals that didn’t match the set criteria. In this first phase the treatment planned for patients that already presented with serious conditions became the predominant standard treatment. Following this, instead, drugs still in the experimental phase of the clinical trial were often utilised as controls, which completely distorted the concept of care standard. That’s a potential source of confusion that will need to be considered during the evaluation of the results from the many ongoing research studies, not to risk getting a measure of the distance between an effective and an ineffective treatment that’s likely to be distorted by the use of an inappropriate baseline standard.