Clinical research during the emergency phase 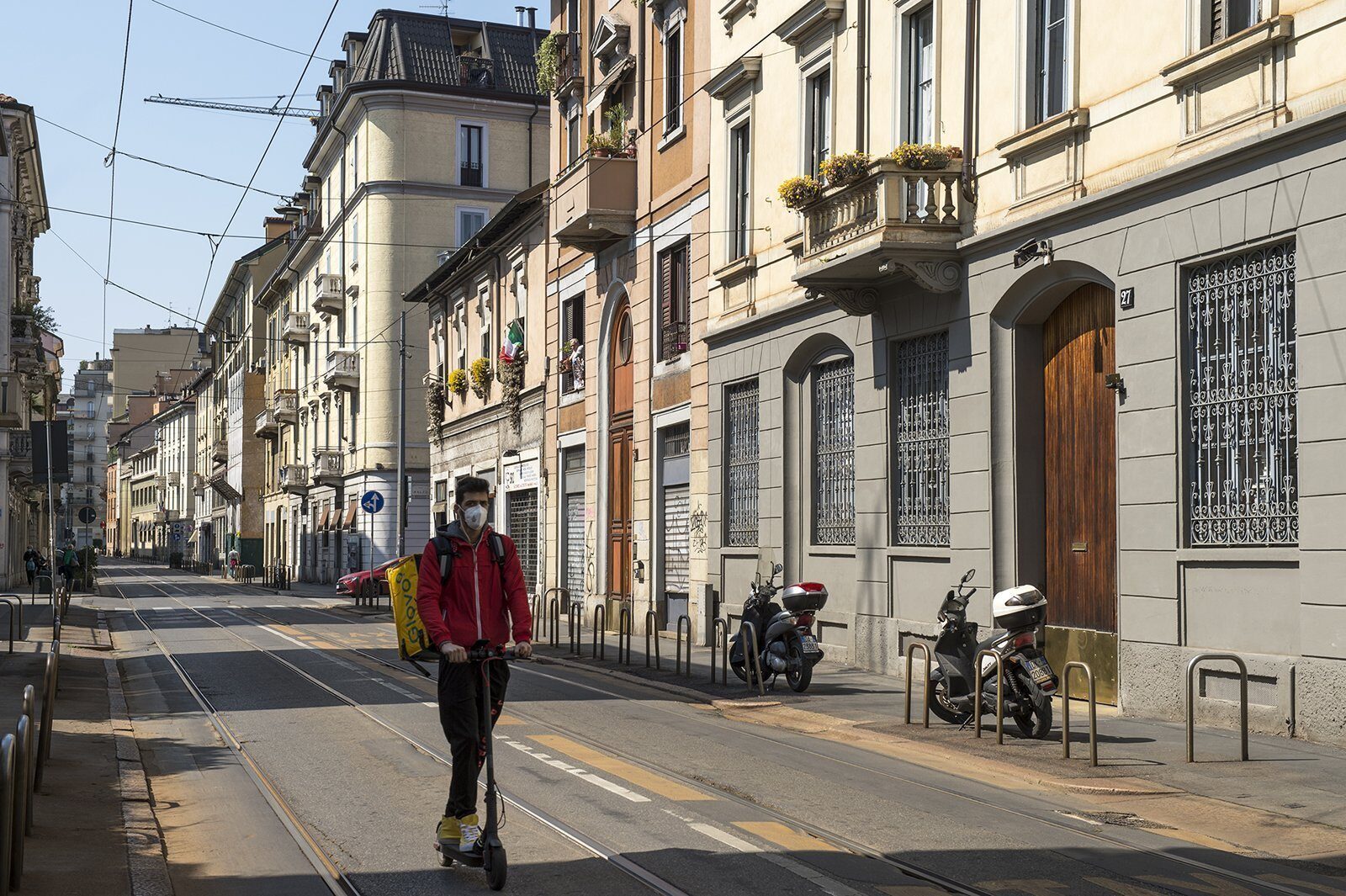 Aiming to achieve speed rather than a high methodological rigour can make the difference in a situation of emergency. We learnt this at the Pascale Institute in Naples, amid the Covid-19 struggle, when fear was compounded by the sudden uncertainty and urgent demand for a treatment. Those were the days in which media showed images of queuing vans that carried the coffins of the patients who had died at the hospitals in Bergamo. At that time there was growing interest (not just by the media) in a drug that seemed to improve the pneumonitis, which can seriously complicate the course of Covid-19. The initial monitoring of some patients treated with tocilizumab, an immunosuppressive drug utilised with rheumatoid arthritis, raised hopes around having found a lifesaving cure. Nevertheless, efficacy and safety data had yet to be collected.

We therefore decided to plan a single arm prospective study on the use of tocilizumab in Covid-19 patients suffering with pneumonitis. Thanks to the “Cure Italy” Decree, that introduced extraordinary measures to clinical trials testing drugs and equipment, the approval times were quick. Tocivid-19 was the first Covid-19 clinical trial approved in Italy. From 19 to 24 March, we enrolled 1200 patients from 185 medical centres. On 30 April we provided the drug safety data to the Italian Medicines Agency (AIFA). On 4 May we froze the section of our database that the first part of the analysis stemmed from and we are currently working on the publication. I think that these timelines (regardless of the results of the study) constitute a record we certainly would want to avoid but that will be an achievement for the country to treasure once we are out of the emergency. What certainly made a difference were the teamwork and the strong synergy that, despite the difficulty of the moment, formed between colleagues with different backgrounds and also among researchers and institutions that should be credited for their great commitment. The Scientific and Technical Committee of the AIFA worked on the research protocol and provided incredibly valuable contributions. The Ethics Committee of the Spallanzani National Institute for Infectious Diseases in Rome immediately reviewed the document and sent joint and separate evaluations voting in night meetings. A few remarks must be made on this unanticipated experience.

We started this research with the best hopes and that right dose of scepticism that I think every researcher should have when conducting a prospective study on a drug.

First reflection. Even though the biological argument behind choosing tocilizumab was strong and logical it was not a guarantee of positive results. We started this research with the best hopes and that right dose of scepticism that I think every researcher should have when conducting a prospective study on a drug. Despite all the limitations that come with a single arm phase 2 trial, Tocivid-19 provided an estimate of the “possible” drug efficacy in terms of reduced mortality of Covid-19 patients suffering with pneumonitis. Now we will need to plan randomised trials to have a final confirmation. Nonetheless, apart from the scientific result, I am proud of our contribution to a social result as well: supporting the Italian National Healthcare System (NHS). Clinical research managed to produce knowledge while bringing order to the trial practices, which had become chaotic due to the pressure imposed by the pandemic. Back then tocilizumab started getting used off-label and Roche distributed it for free to any region that requested it. Thousands of patients were treated without collecting systematically data that might prove useful to the research (the numerous publications and pre-publications, from Italy and other countries, that analysed the data of more or less small groups without any type of initial statistic hypothesis, confirm that). Therefore I believe that we should reflect on the double function demonstrated by clinical research- both a producer of knowledge and an instrument of social support- during the management of the epidemic in Italy.

Second reflection. All of this would not have been possible if we did not act expeditiously during the peaking phase of the epidemic, while forgoing the randomised trial rigour, which is the best research method of all. If we had chosen to put time aside to design a perfect bombproof trial, worth the attention of the ultimate experts in clinical research, we would find ourselves failing to produce knowledge and provide support. Maybe we would also find it impossible to complete the trial because in the span of a few weeks- fortunately- the infection curve went down, with the resulting decrease in patients that could be enrolled. For example, at the end of April, perhaps too late, the Recovery randomised trial- that I value very much- investigated the clinical question around the efficacy of tocilizumab, risking to end up as just a beautiful clinical research exercise with little efficacy in terms of production of results. Unfortunately this consideration already turned out to be true for the first Chinese randomised trial that, for what we know, failed its enrolment objective, as previous Chinese research trials investigating other drugs did before that. I’ve always stated that randomised trials were the only ones that can produce efficacy data and I still hold that belief. However, I found myself putting my heart and soul in non-randomised research. I would do it again. I don’t discuss the need for randomised trials- the real ones, with solid objectives- and I also know that researchers looking for quick and superficial results might easily misunderstand my words, but this experience forced me to contextualise and rethink my conceptual and methodological stances. This time I did not feel like randomising the research was possible. It was neither operationally feasible nor ethically acceptable: the necessary clinical equipoise was not available but, given the crucial social call for help, there was no time to reach a shared and responsible decision.

Third reflection. We actually conducted academic research without dedicated funding. In fact, the moment we designed the study the search for grants no longer seemed a priority to me. Realistically it would not have been very useful to look for funding given that amid lockdown we would probably not receive much of anything. Those days we had to act utilising solely the resources that were already available and the value of money was close to none. Thanks to the free drug shipping by Roche and the use of a technological platform that we already had we were able to zero the expenses. Obviously it should be noted that the cost of Tocivid-19 is quantifiable by calculating the salaries of the more than fifteen employees of a public facility (including the biostatisticians from the University of Campania that we’ve been collaborating with since the beginning of time) that worked non-stop on the trial dedicating more than ten hours of their day, including weekends, for two months. The news that was recently circulated around Roche’s randomised trial (with just 330 patients) receiving 25 million dollars in funding makes us reflect. Does this mean that- if we were to estimate our budget- given the much larger patient enrolment, our trial would be worth 25 million dollars times 7? Naturally my question is meant as a provoking remark. I think that on one end we should correct the excess expenses of our research for better administration and on the other we should re-estimate the funding required for academic research while also acknowledging its economic value. Given that thanks to the pre-existing context academic research demonstrated its ability to produce knowledge and support the Italian NHS, in time of peace public money should be invested to build a more solid academic research facility in order to maximise its capability to produce trials. We cannot limit ourselves to just hope for the best. If we can rely on a foundational system and a network we are then ready to produce knowledge, even during emergencies, and perhaps at that point it might even be possible to spend time reasoning on what the most optimal trial design is.

I think that on one end we should correct the excess expenses of our research for better administration and on the other we should re-estimate the funding required for academic research while also acknowledging its economic value.

This makes me hope that we will spend the upcoming months reflecting more on academic research and working to strengthen the research system. It would allows us to be better prepared next time and also to improve the “normal” routine of clinical trials, which we all wish to go back to as soon as soon as possible.