The network to become empowered, to obtain power

Work together in order to influence choices regarding one's own health and that of others. 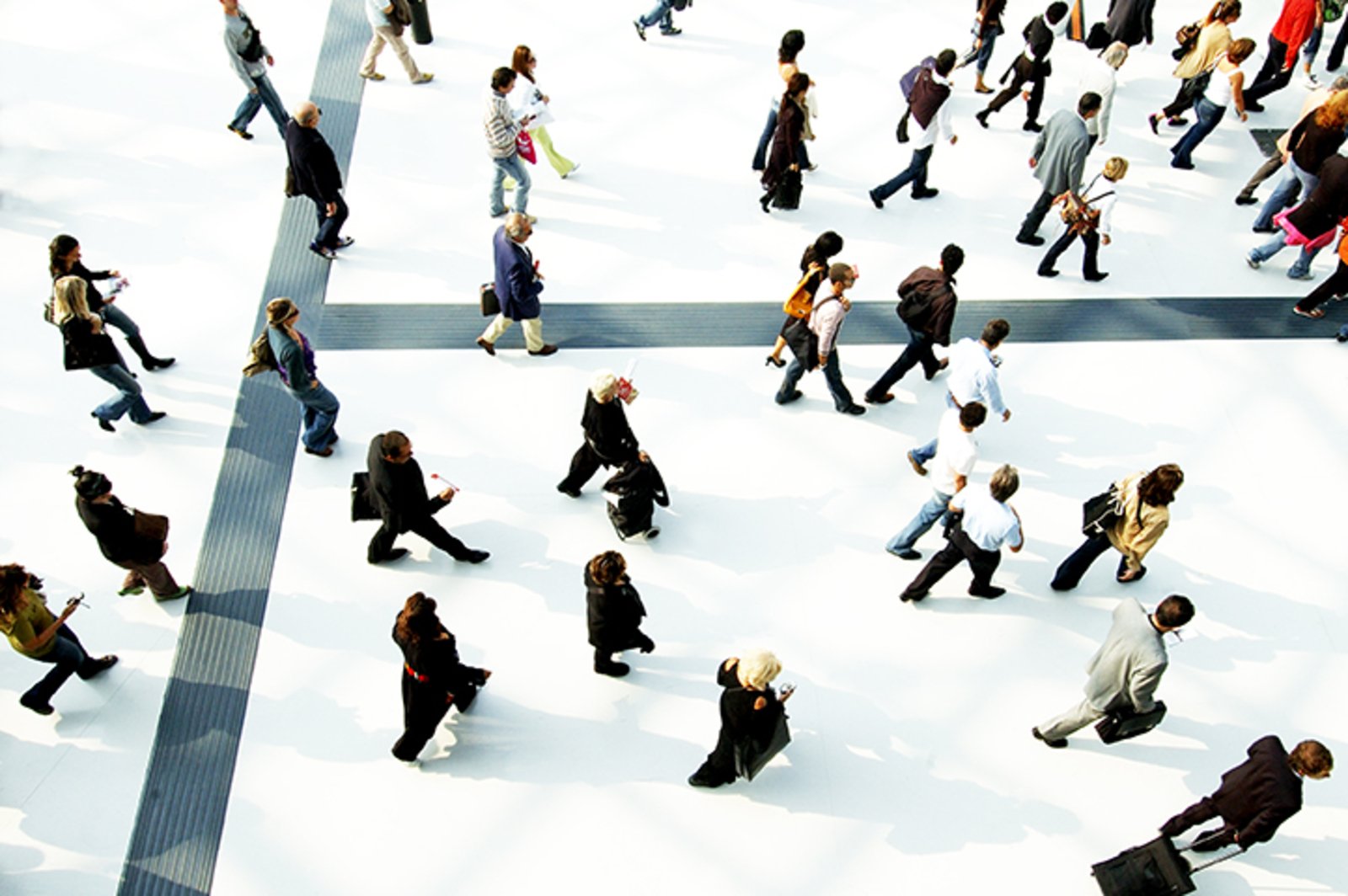 Power and empowerment are central to the practice of public health. And the networks and the involvement of work groups play an important role by offering people the chance to find a “voice” in decision-making processes. We talk about it with Glenn Laverack, until 2016 technical officer of the Health Promotion Unit of the World Health Organization in Geneva. For over thirty years he has worked in Africa, Asia, Europe and the Pacific regions, devoting himself to promoting health and empowerment of people and local communities, especially those in conditions of poverty and inequality.

Professor Laverack, what is the importance and power of networking in public health? What does networking mean in the real world?
To understand this question we need to first understand what is the meaning of empowerment. In this context empowerment means helping people, patients and individuals to gain more control over the influences on their life and their health. This can be achieved at an individual level such as with patients and also collectively through groups and through networks. Networking, in whatever format it takes, either face-to-face contact in meetings or, more commonly today, electronically through Internet and social media, enables a sharing of information and resources. Networking enables groups of people to build their participant base, that is the numbers of people that are contributing through the network and also their resource base, as information, finances, and ideas. The network is then better able to access these resources at a local level, perhaps in a community or hospital, or at a national level or across borders internationally and usually centered around a shared issue. This is the power and the purpose of networking: the sharing of intelligence, information, finances, experiences so that people may act collectively, not just individually or as at a local level, to connect collectively, to gain more influence over decision-making and better access to resources.

How to build a network in order to improve health outcomes through community empowerment?
The value of networks to improve health outcomes has been used both in communicable diseases, such as in the prevention of HIV and also in noncommunicable diseases such as to promote physical activity, healthy nutrition, weight loss and in helping people to give up smoking or to reduce alcohol intake. Building a network begins by listening to what patients or people really want. As health professionals we have to begin by working with people on their terms by better understanding what their needs are; the best way we can do this is by asking people, for example, through groups that have been created around certain health issues and that then enable us to collectively address these needs. Once people have a shared interest, for example, weight loss or stopping smoking, the next step is help the groups by providing resources so that they can develop their skills, knowledge, and competencies to better access resources and to begin to develop a network. Connecting groups, through joint meetings with others that share similar interests, for example, helps to provide a forum, through which people can connect and can better communicate. But in order to do that they need the skills to better organize and mobilize themselves and to identify their purpose or needs, the resources that they need, and to develop a strategy on how they are going to move forward. This is a process of capacity-building that health professionals can use to help groups to develop into effective networks.

As you wrote, the development of small groups by concerned individuals is the start of a collective action and it means developing stronger social support systems and opportunity networks. But that is not enough to be effective in influencing higher levels of policy decision-making. How can networking, at different levels, help citizens to gain power in decision-making and how can it promote coordination of global efforts?
It’s difficult for the individual to have a broader national or international influence because this is often portrayed as just one person with just one issue. Developing networks is the first step that enables individuals to gain a voice and to gain a means of expressing their needs within a broader audience of people which share the same interests. Working together also enables individuals to develop their skills and their competences and indeed, the research has shown that, people who participate in networks have a higher level of skills because this setting enables them to be involved in training workshops or to discuss with others to share experiences and knowledge. It also allows people to become better organized so that they are able, for example, to meet on a regular basis, they to plan the next steps, to talk about what resources they need and how they will have a greater influence on decision-making. Internationally we have seen global efforts on issues such as drug trafficking of drugs to build professional networks and around addressing social stigma, for example, in mental health. But we have also seen networks working at a local level through patient action groups in hospitals which were able to connect with others to then address common problems faced by patients everywhere such as privacy, hygiene, nutrition and better access to life saving medicines. So from the individual to the collective, from a local to the national and international level, networking helps people to become connected, to have more resources and to have a broader influence.

The aim of the WHO/Europe global initiative “Networking the networks” is to build a global alliance for health promotion. What are the main challenges?
The “networking the networks” to build a global alliance for health promotion is an example of other global alliances being established to promote, for example, the sharing of better knowledge around research and development (R&D) or sharing professional ideas and experiences crossing culturally around similar issues, such as addressing obesity. Of course for the opportunities offered through the use of the internet and social media it’s now, more than ever, easier to network, to “network the networks”.  More than ever before it is possible to have a much broader participant and resource base to give more information and ideas and resources, either online or to organize face-to-face meetings or through professional networks. But the modern context does present certain challenges because networking is not always equitable in the sense that not everyone has an opportunity to participate equally to contribute toward the experiences shared in network. For example, some networks are limited by professional subscription or membership; this does not necessarily involve everybody within that professional group but only the people that have the organizational resources to participate. Other people in low-income countries don’t have good access to the Internet and therefore may not necessarily be able to participate in ongoing networking activities. The resources that are available to some people or the exclusiveness of some organizations can be a challenge to promoting an equitable network that gives everyone an opportunity to contribute. The advantage and power of networking is that it allows a broader participant and resource base, that can capture the ideas and experiences of a broad range of people to address particular health issues.

In the light of your huge international experience, in which countries building a network for citizen empowerment has been easier and where instead it has been harder?
In countries where governments are sympathetic to civil society involvement in ongoing discussions around health policy development or where the government is actively trying to recruit a network of citizens and patients it could be easier. The government may go out on social media or physically into the community or into hospitals, to identify the needs of patients and to get their ideas and suggestions. This is a better situation that can provide better opportunities for networking, particularly if the government is willing to invest resources to build the capacity of civil society organizations or patient groups.  As I said before, to give the knowledge and the skills necessary so that the people themselves can set up a network and communicate and connect with not just the government but also with other civil society organizations. So the countries with a sympathetic government and resources that are available to strengthen networking through skills development or providing technical equipment (these are often in higher income countries) are examples where we can see networking happening easier. Conversely where governments are not sympathetic or have purposefully tried to limit the development of civil society organizations or their involvement in the ongoing development of health policy it is much more difficult. If there is a history of the government not supporting civil society it is often undeveloped and can be difficult to access because it has a weak capacity. Often it is not the responsibility of government to strengthen the capacity of civil society, citizens or patients to help them to better network. Therefore, the question is: if it is not government that is doing this, whose responsibility is it to strengthen the capacity of civil society?
I want to make the point that in countries where there is good infrastructure and where there is a sympathetic policy towards involving civil society, then this is where networking flourishes. But in other countries where there is a poor infrastructure such as internet connectivity or where people have controlled access to the internet and where the government is not sympathetic towards civil society involvement, then this is where networking is very difficult to get established. If we want citizens and patients to be involved in helping to improve their own health we have to ensure that they have every opportunity, through networking, to have an influence on decision-making. 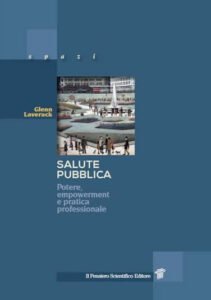